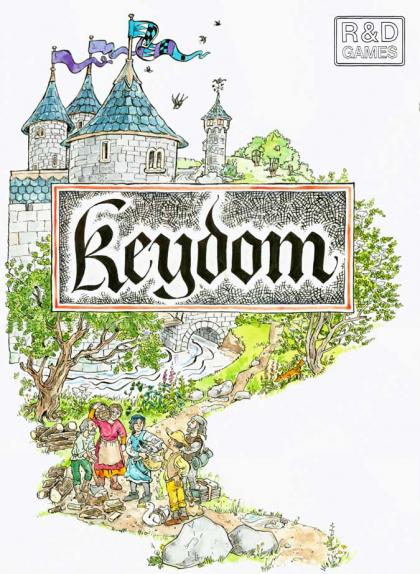 Independently produced by British game designer Richard Breese, the three hundred copies of this game sold within hours of its initial offering at Essen 1998. Players represent a family of medieval professionals, such as Stonemasons or Fishermen. Using a set of numbered tokens and some misdirection, players try to achieve control in several areas of the board. Perhaps they are seeking resources. Or perhaps they will use their hard-fought resources to purchase special actions, magical spells, or a piece of the royal Keylore. The first player to acquire all three pieces of regalia and take them to the throne room is crowned King and is the winner. Re-tooled, this game was re-released as Aladdin's Dragons in 2000.

Keydom is Richard Breese's second game in the key series.