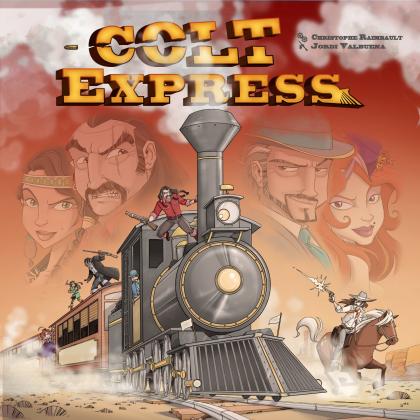 On the 11th of July, 1899 at 10 a.m., the Union Pacific Express has left Folsom, New Mexico, with 47 passengers on board. After a few minutes, gunfire and hurrying footsteps on the roof can be heard. Heavily armed bandits have come to rob honest citizens of their wallets and jewels. Will they succeed in stealing the suitcase holding the Nice Valley Coal Company's weekly pay, despite it having been placed under the supervision of Marshal Samuel Ford? Will these bandits hinder one another more than the Marshal since only the richest one of them can come out on top?

In Colt Express, you play a bandit robbing a train at the same time as other bandits, and your goal is to become the richest outlaw of the Old West. The game consists of five rounds, and each round has two phases:

Phase 1: Schemin' Each player plays 2-5 action cards on a common pile, with the cards being face up or face down depending on the type of the round. Instead of playing a card, a player can draw three cards from her deck.
Phase 2: Stealin' The action cards are carried out in the order they were played, with a player's best laid plans possibly not panning out due to mistakes and oversights!

The game takes place in a 3D train in which the bandits can move from one car to another, run on the roof, punch the other bandits, shoot them, rob the passengers, or draw the Marshal out of position. The train has as many cars as the number of players, and each car is seeded with gems, bags of loot or suitcases at the start of play.

Each player starts a round with six cards in hand, with each card showing one of these actions. At the start of a round, a round card is revealed, showing how many cards will be played; whether they'll be played face up or face down, or individually or in pairs; and what action will occur at the end of the round (e.g., all bandits on top of the train move to the engine). You can pick up loot, gems or suitcases only by playing a "steal" card when you're in a train car that holds one of these items — but since everyone is planning to get these goods, you'll need to move, punch and shoot to get others out of your way. You can punch someone only in the same car as you, and when you do, the other bandit drops one of the goods he's collected and is knocked into an adjacent car.

Each player's character has a special power, such as starting the round with an extra card, playing your first card face down, or pocketing a bag of loot when you punch someone instead of letting it hit the ground.

You can shoot someone in an adjacent car or (if you're running on top of the train) anyone in sight, and when you do, you give that player one of your six bullet cards; that card gets shuffled in the opponent's deck, possibly giving her a dead card in hand on a future turn and forcing her to draw instead of playing something. If the Marshal ends up in the same car as you, likely due to other bandits luring him through the train, he'll be happy to give you a bullet, too.

At the end of the game, whoever fired the most bullets receives a $1,000 braggart bonus, and whoever bagged the richest haul wins! 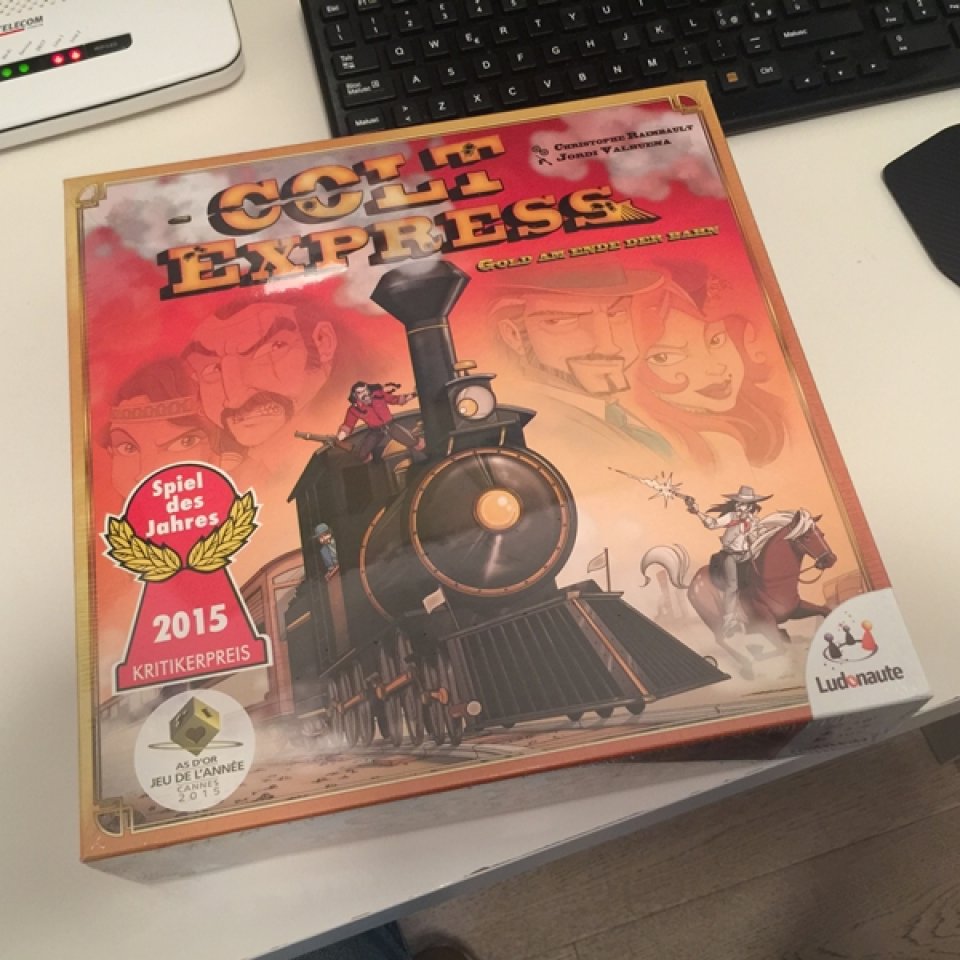 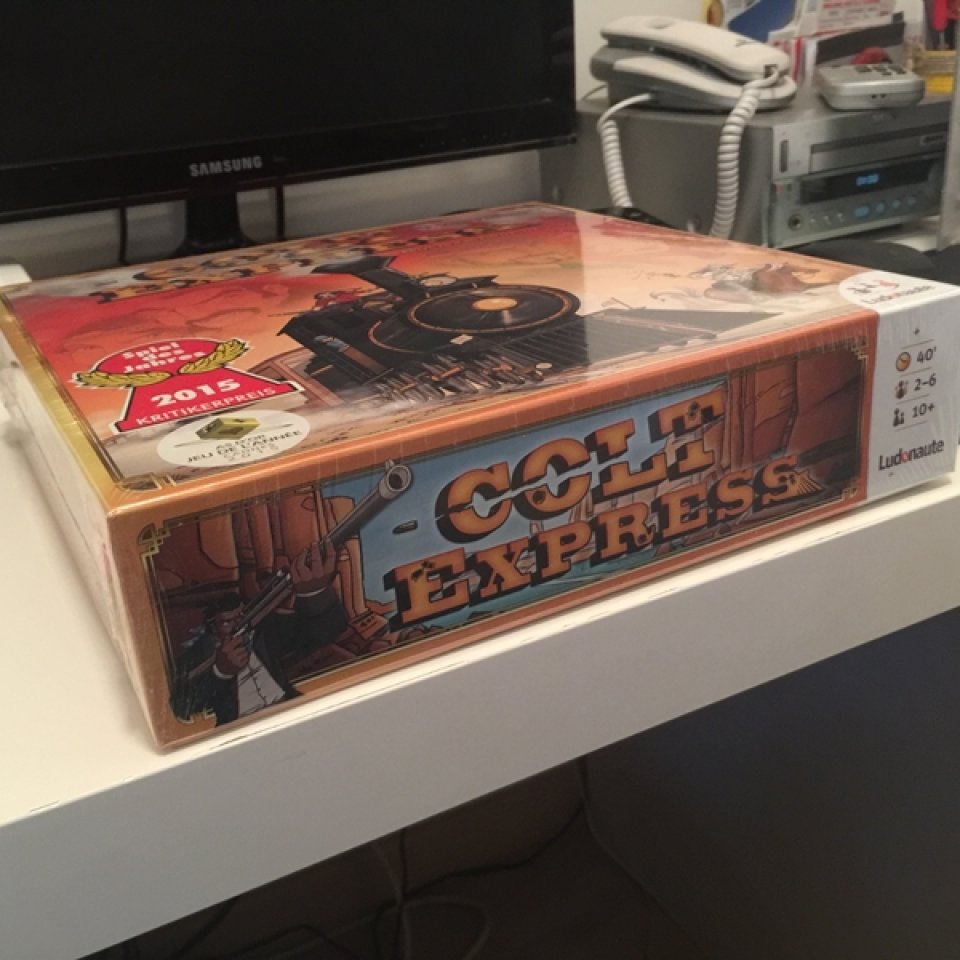 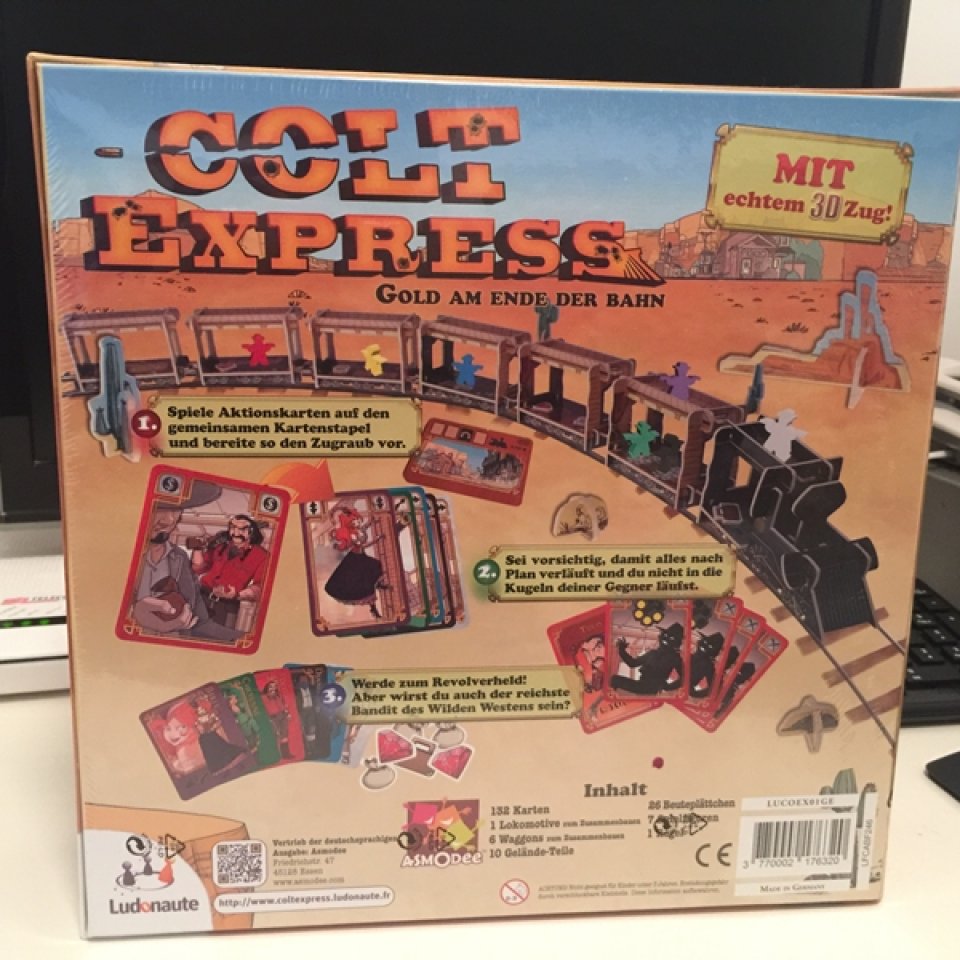 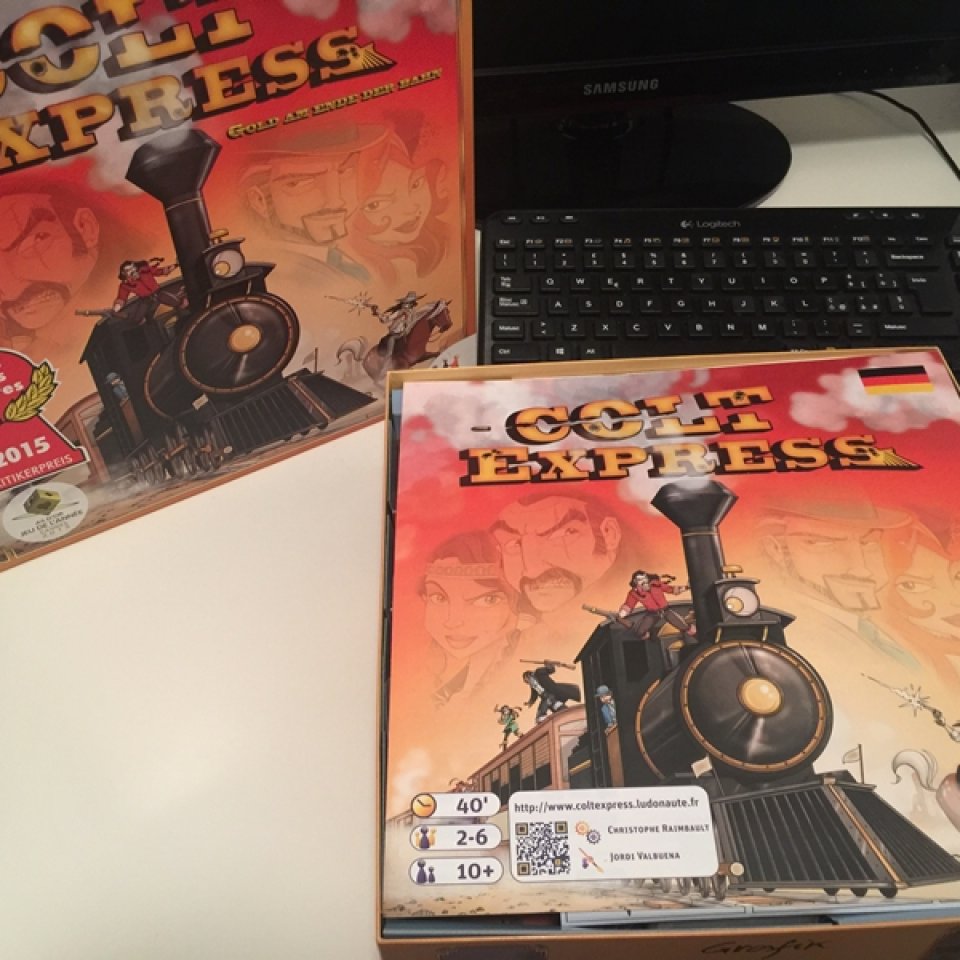 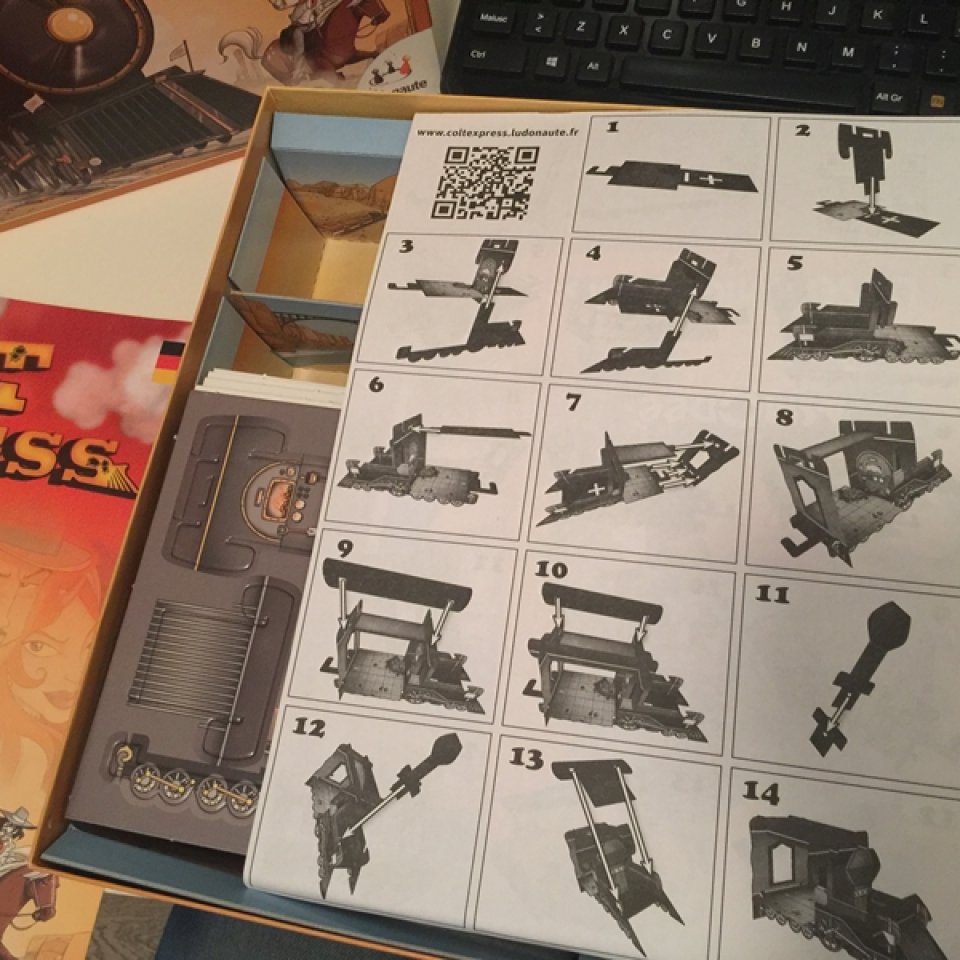 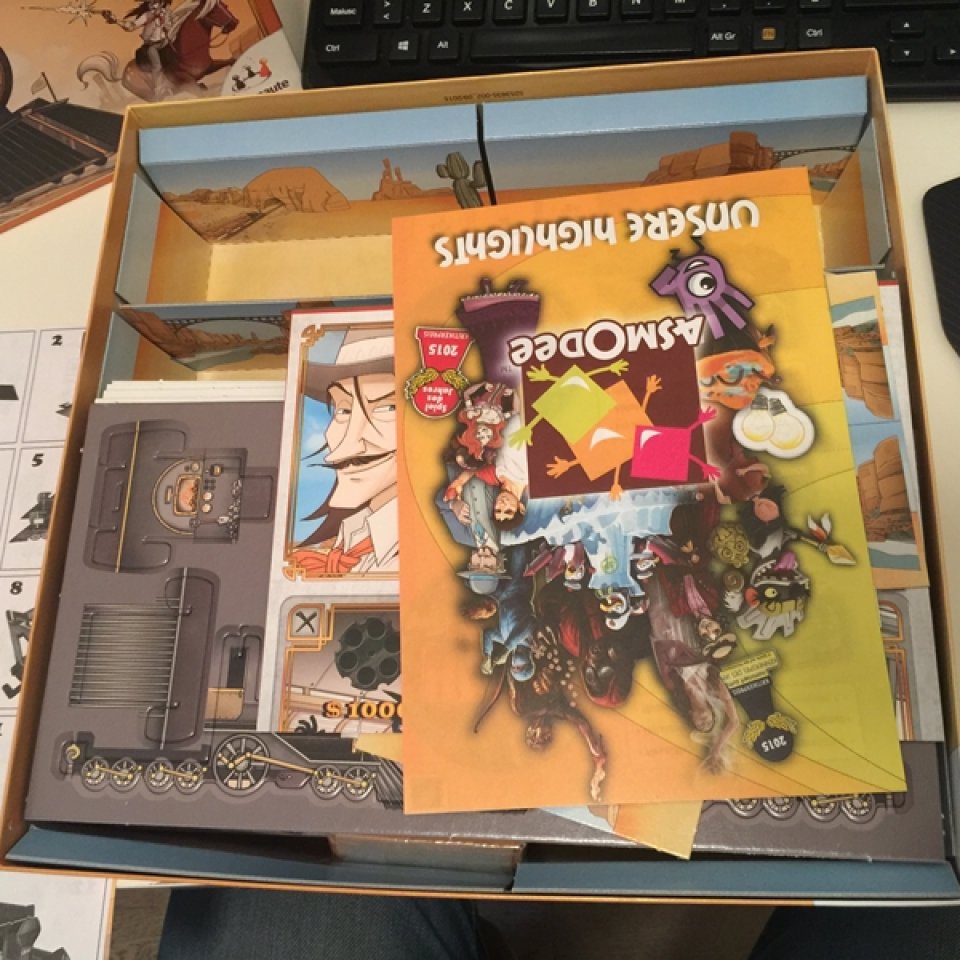 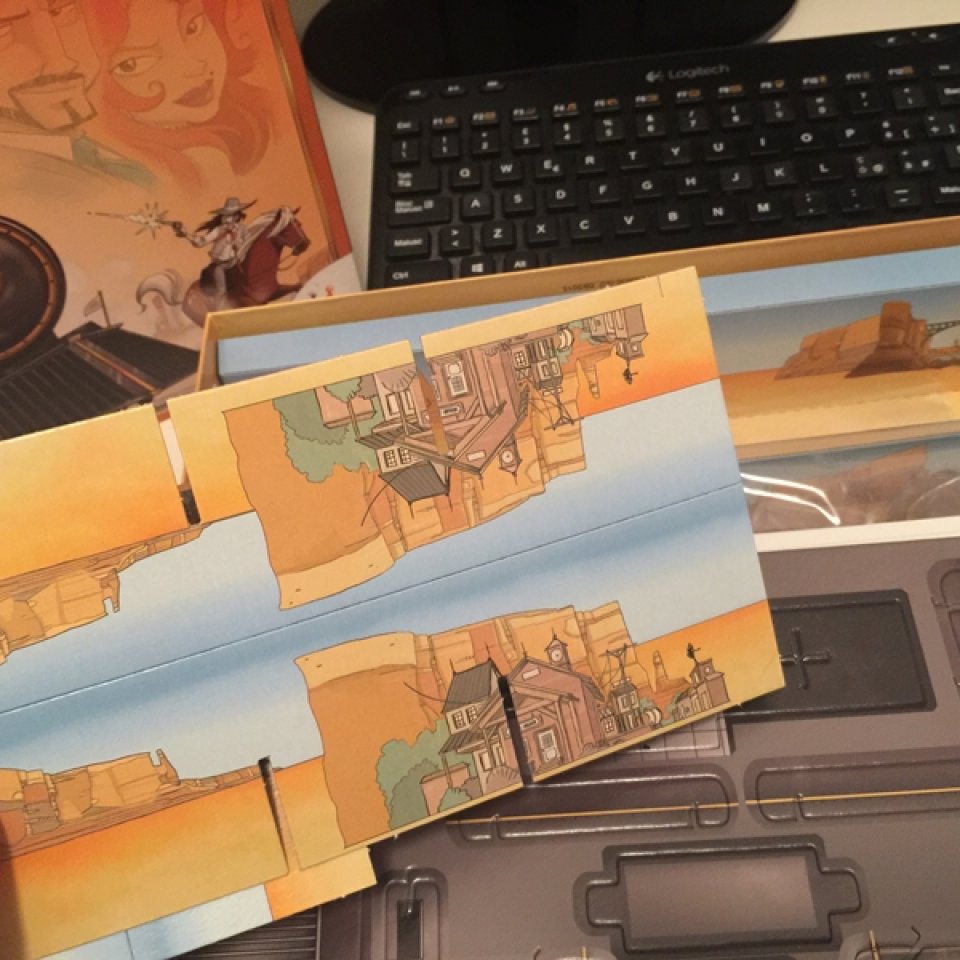 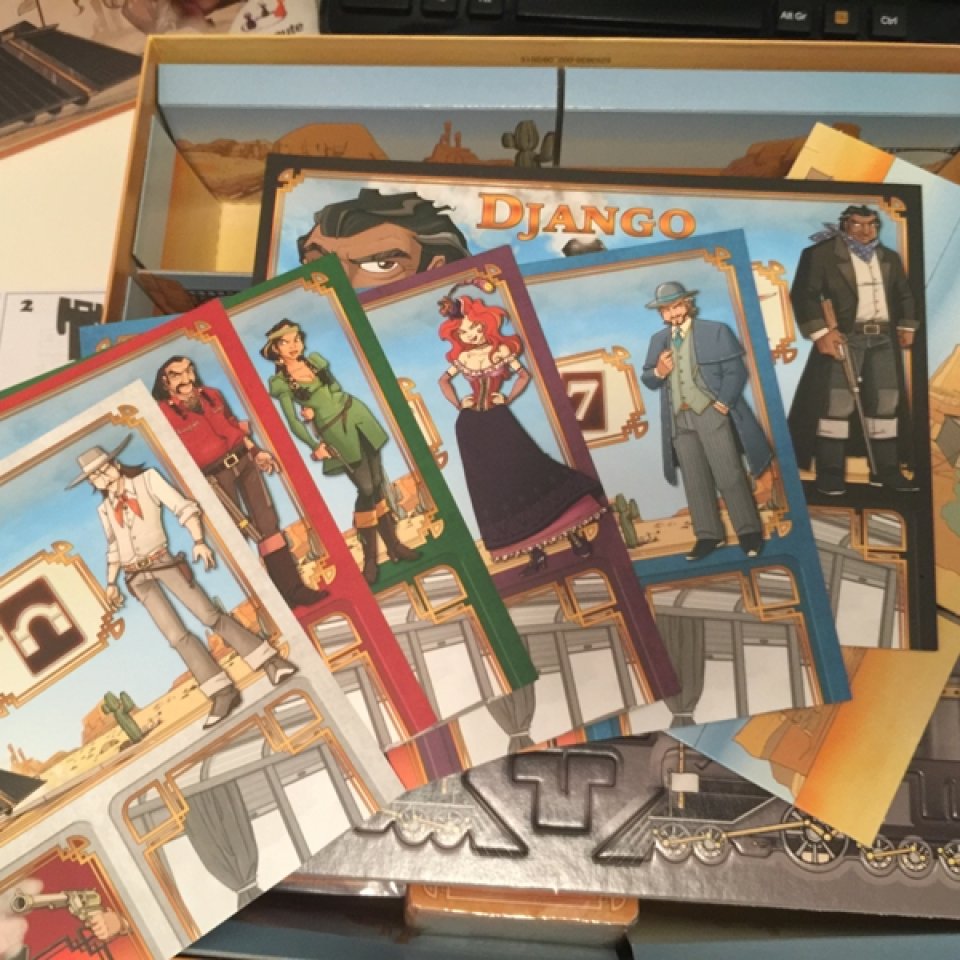 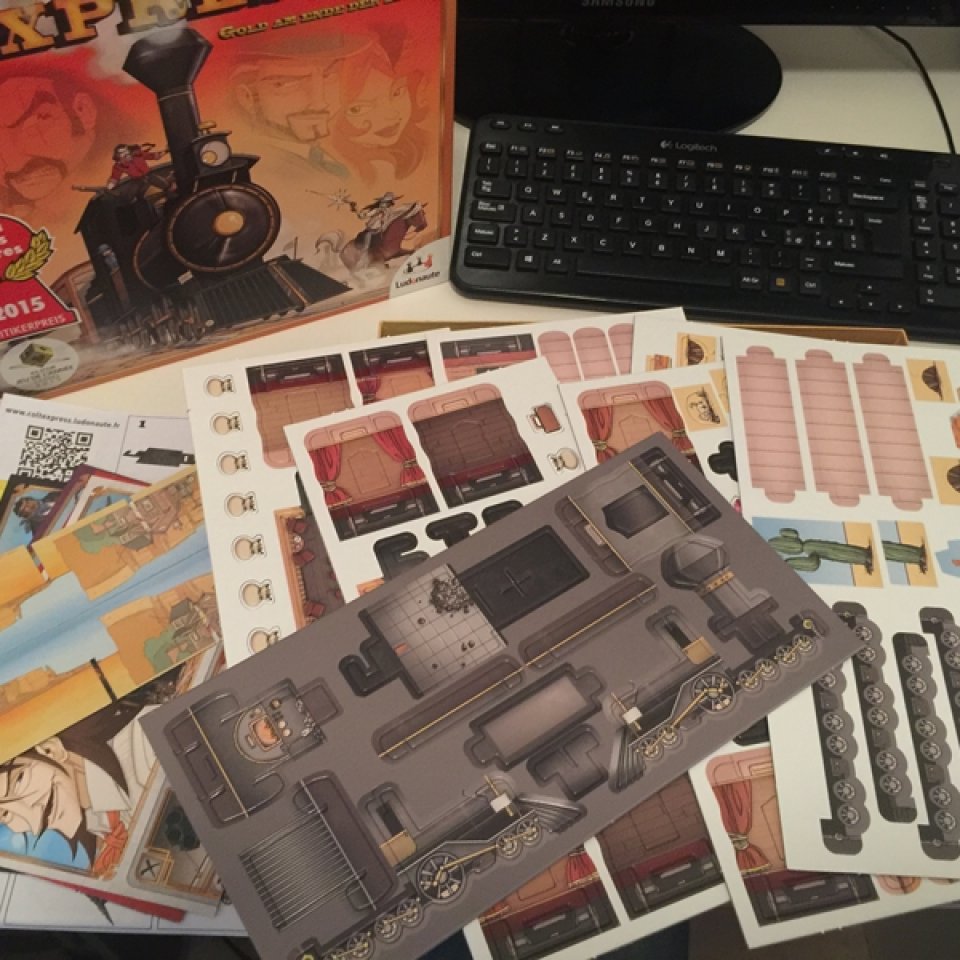 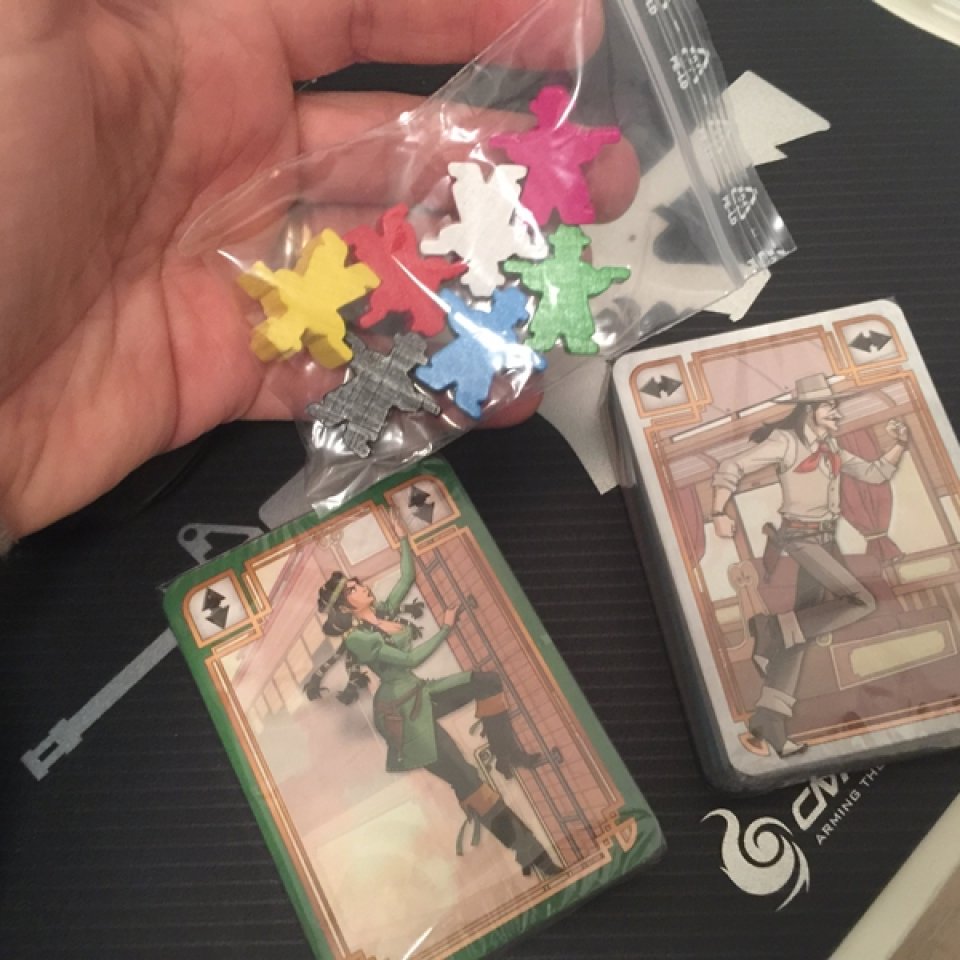 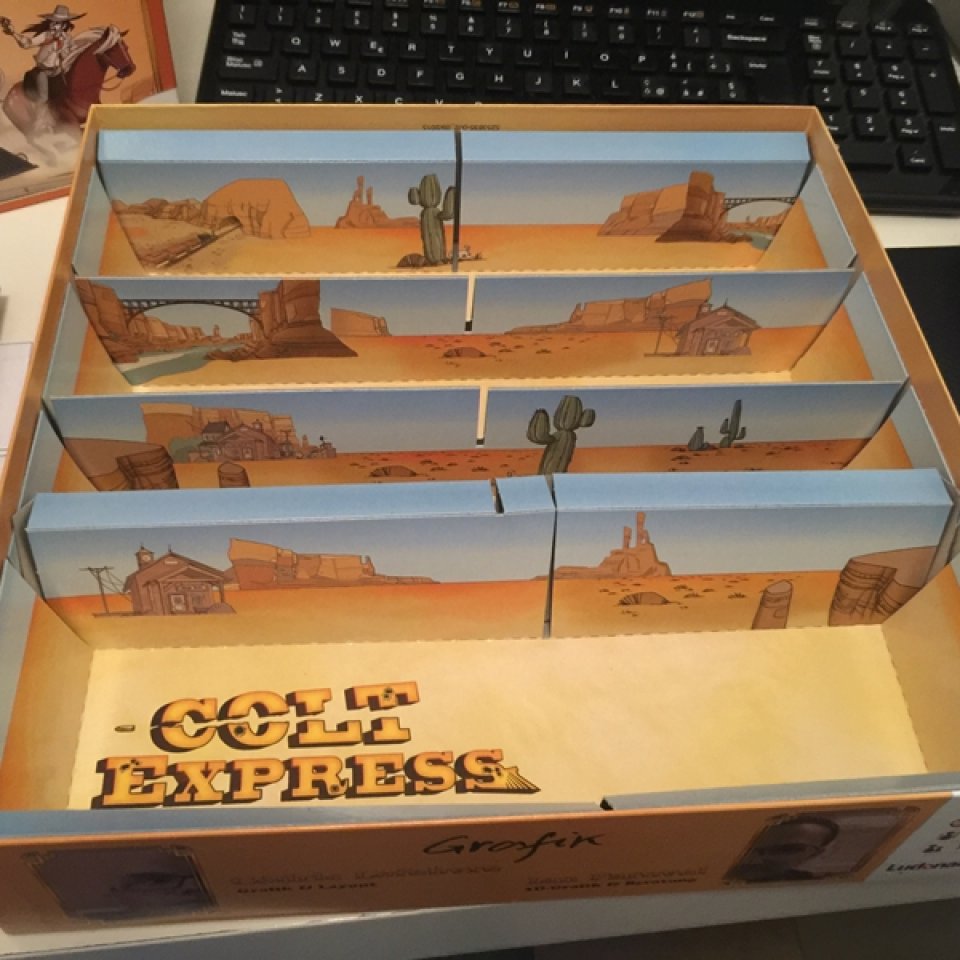 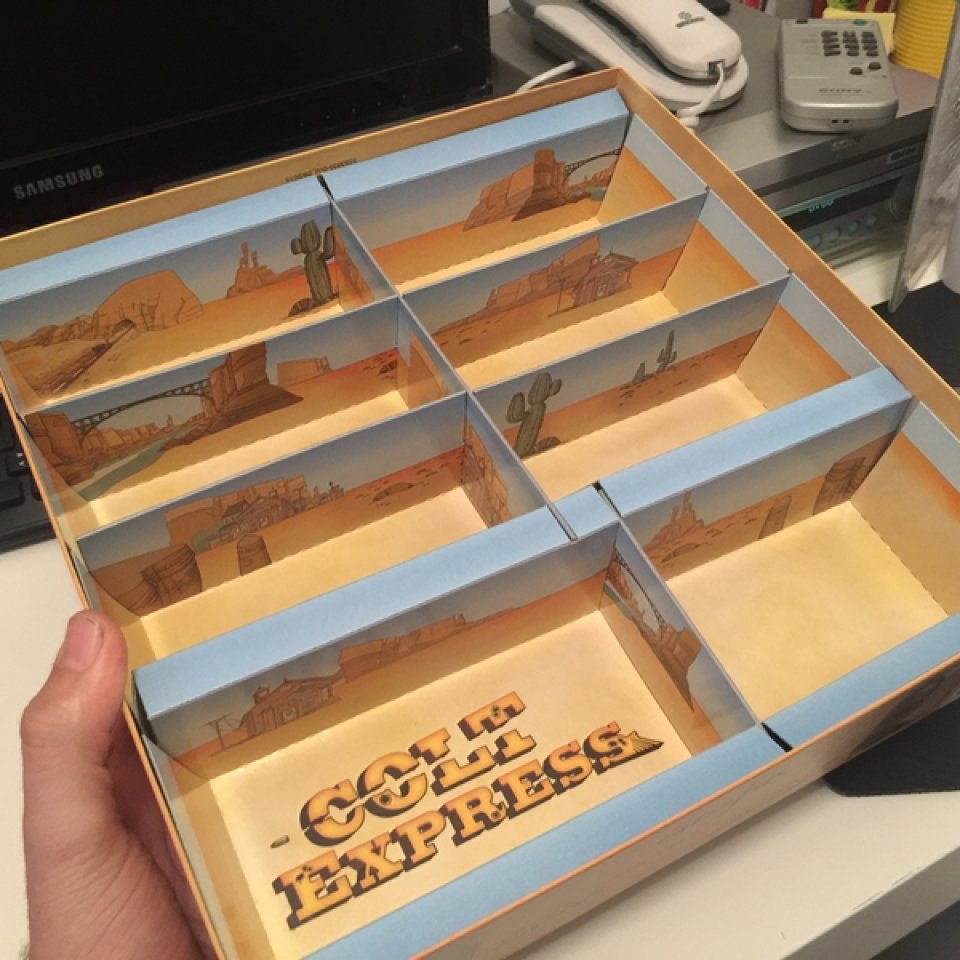 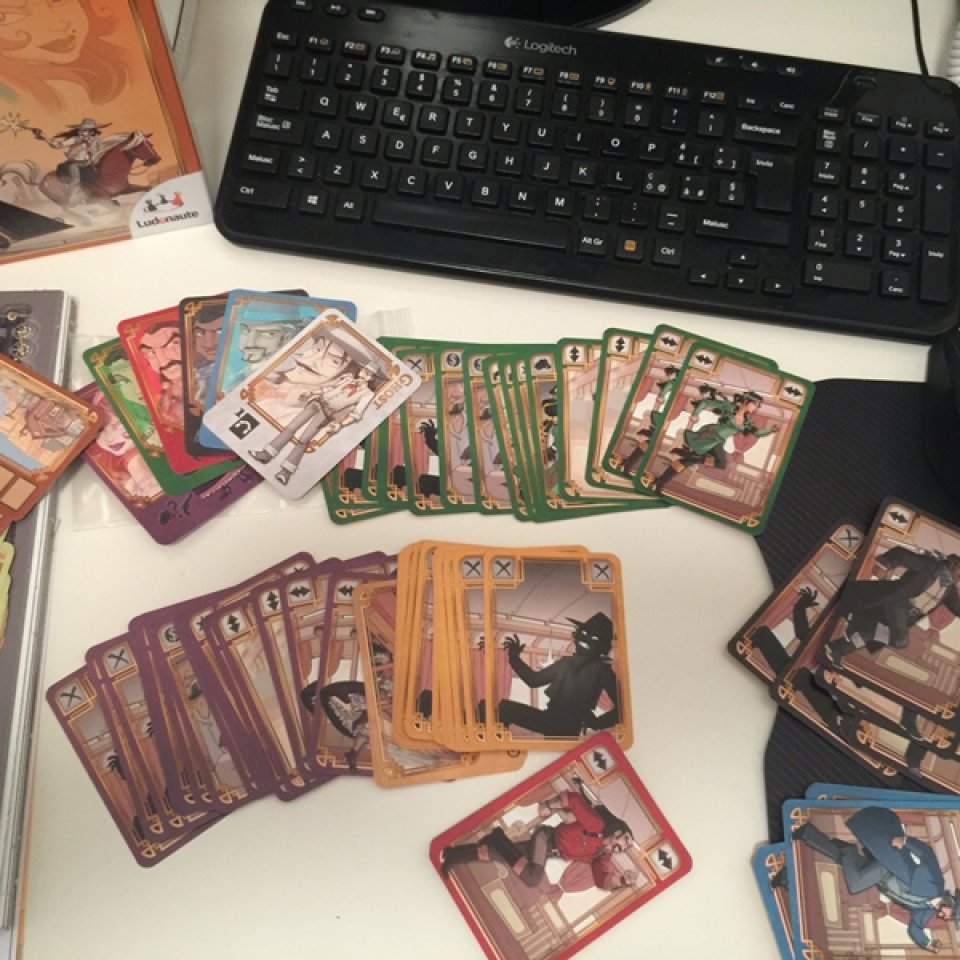 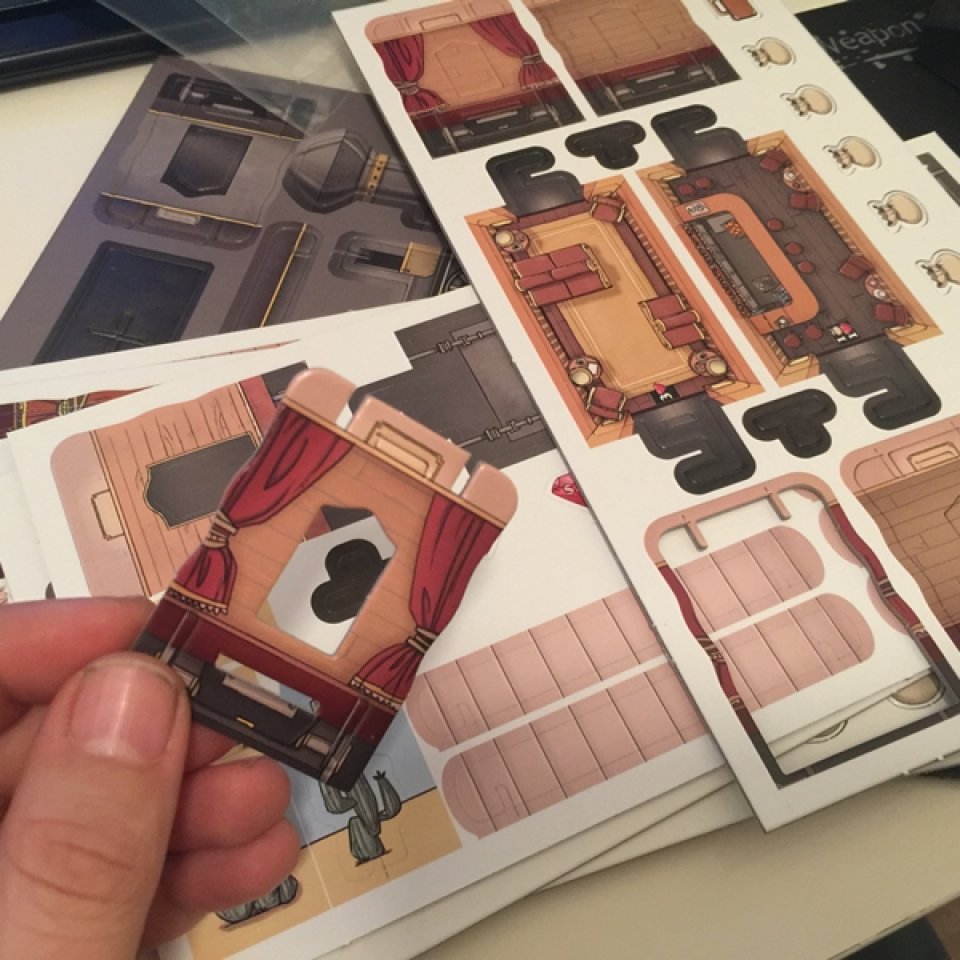 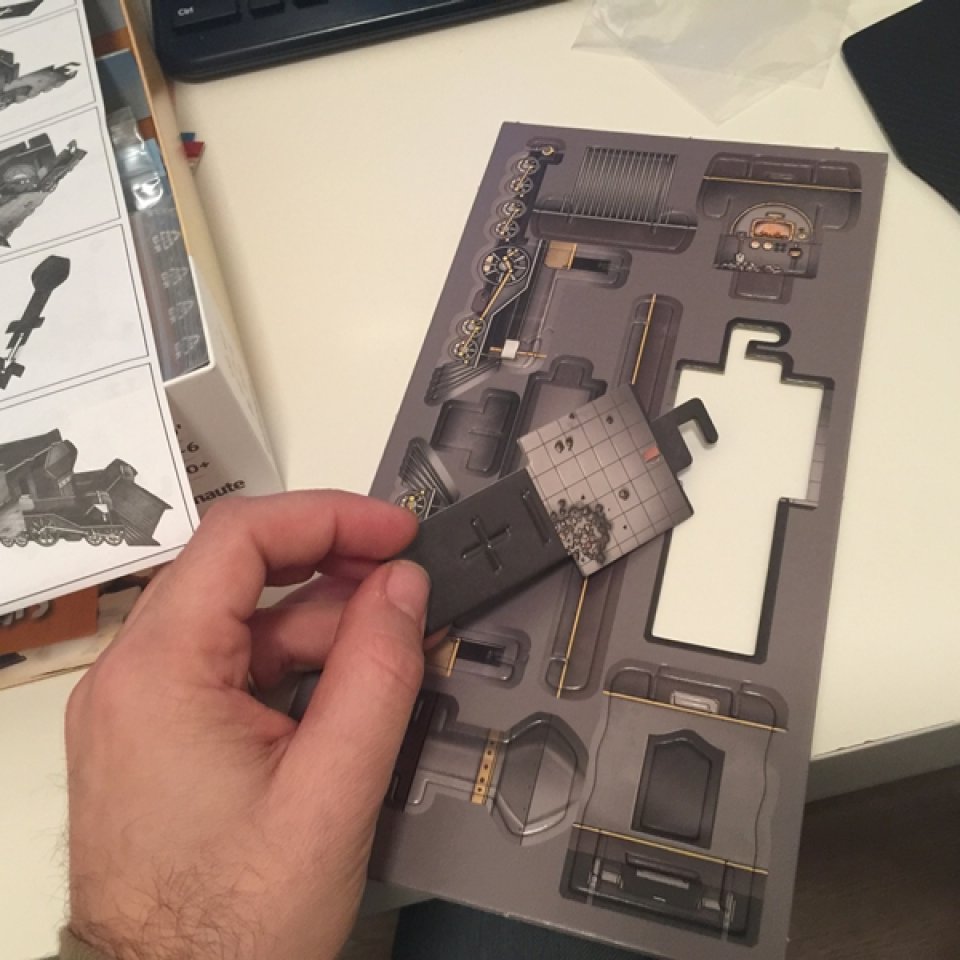 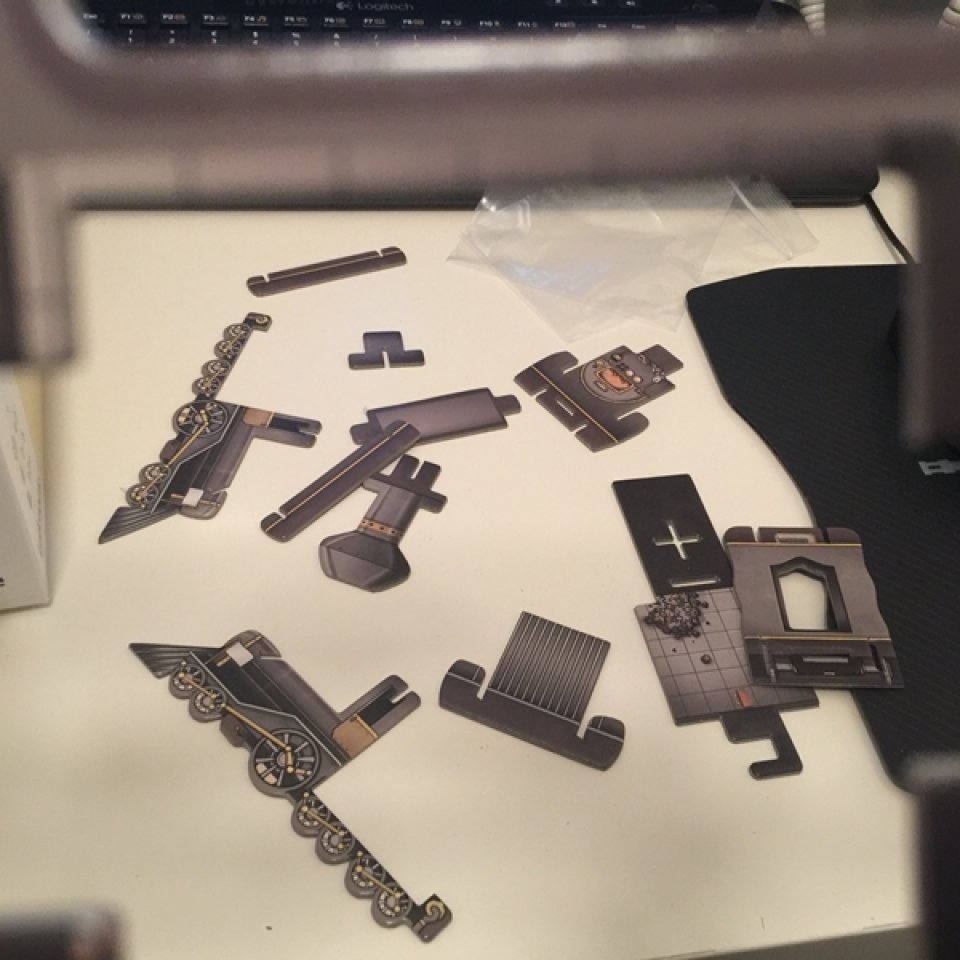 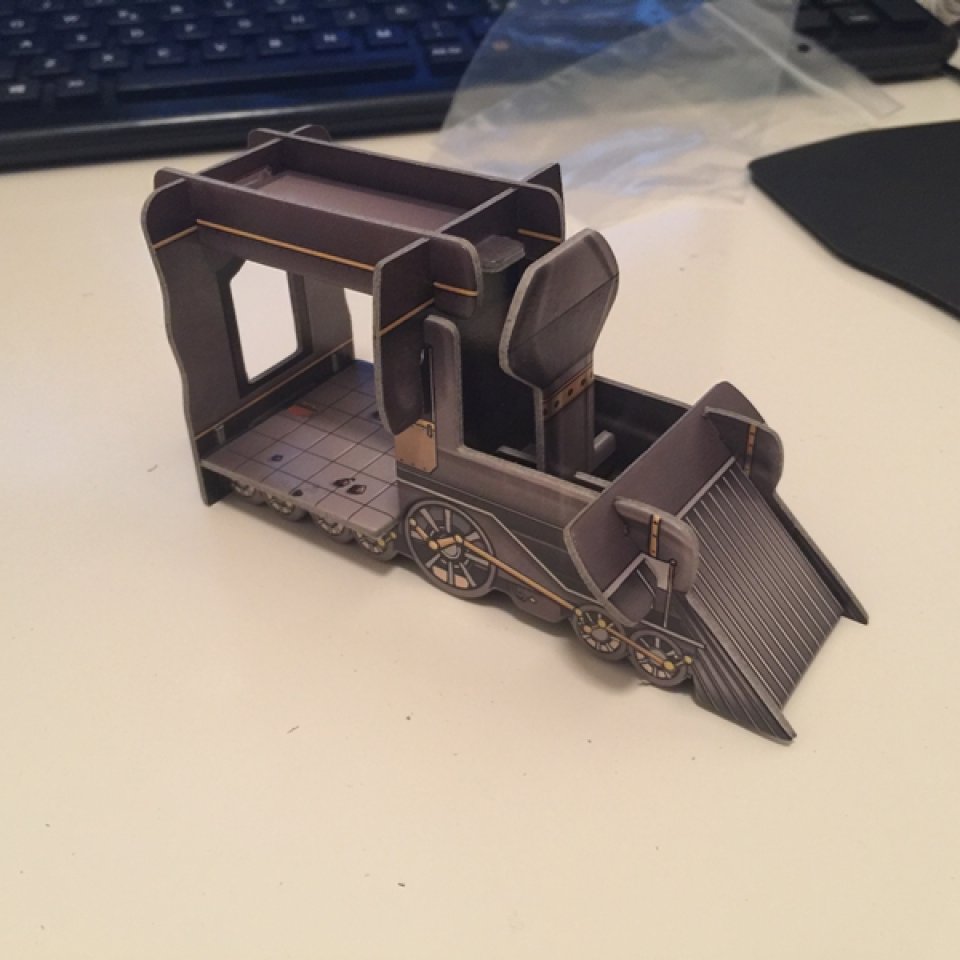 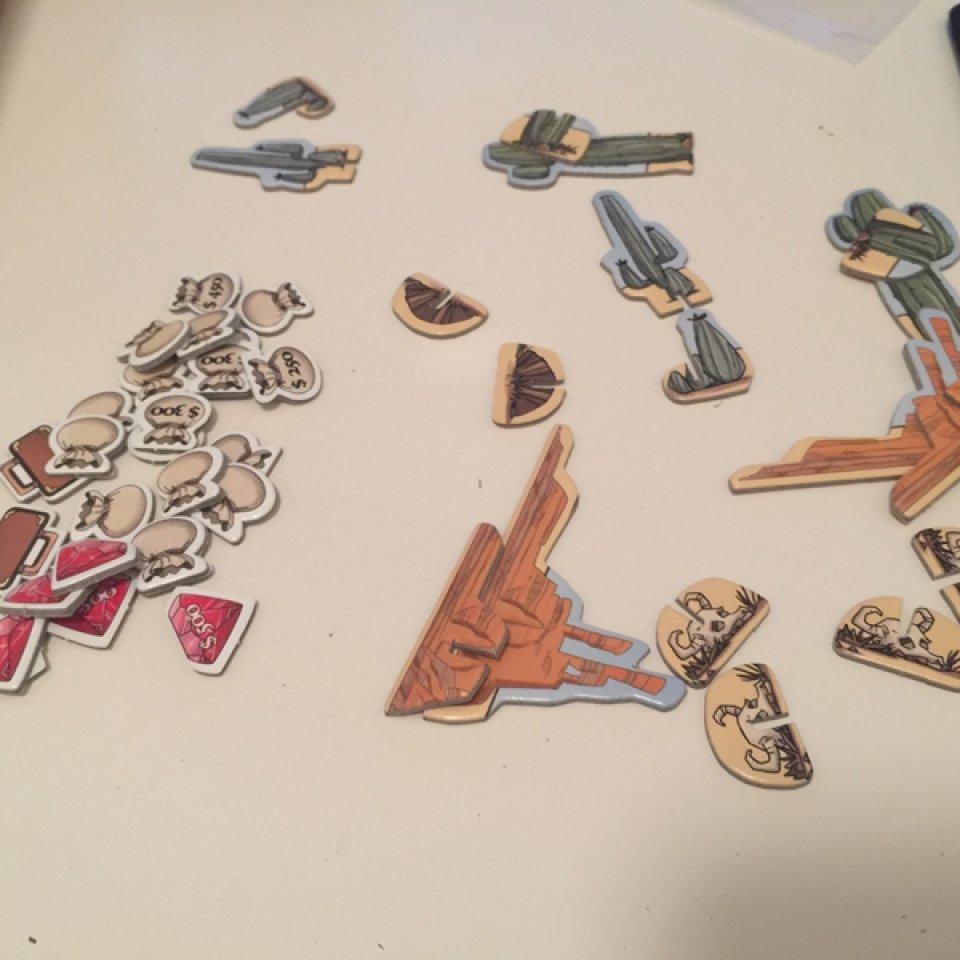 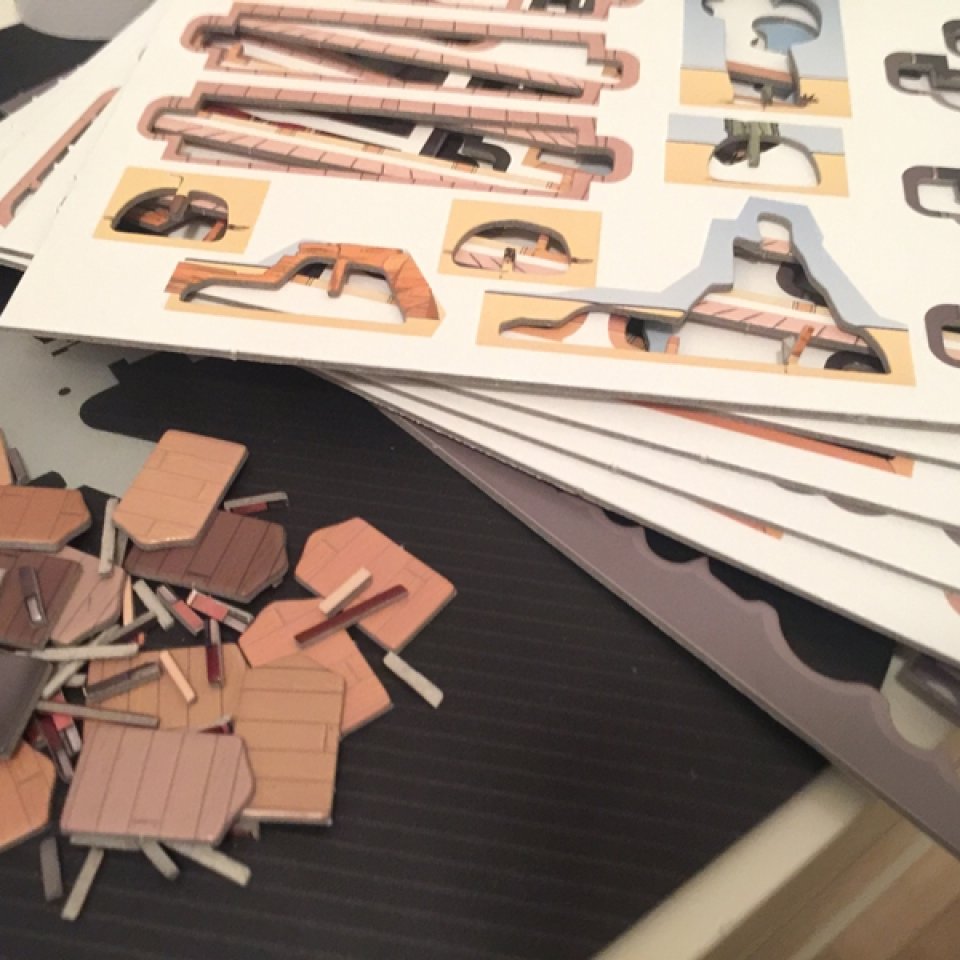 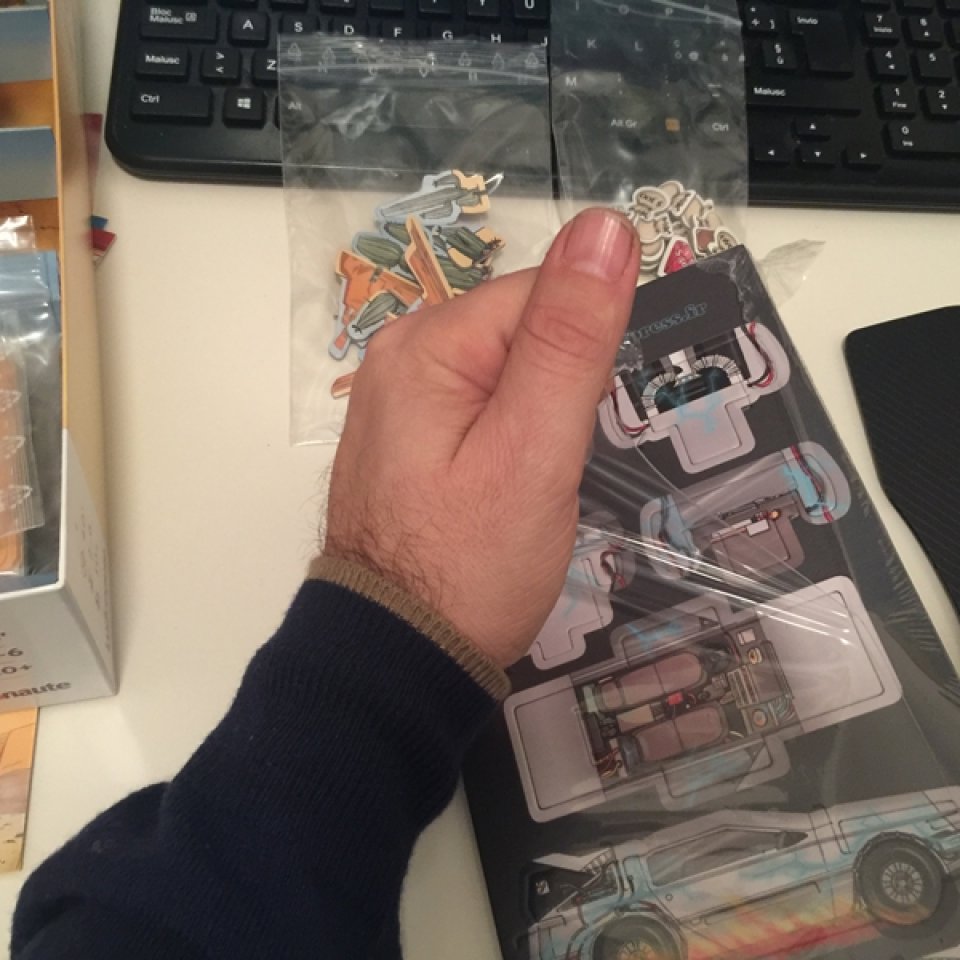 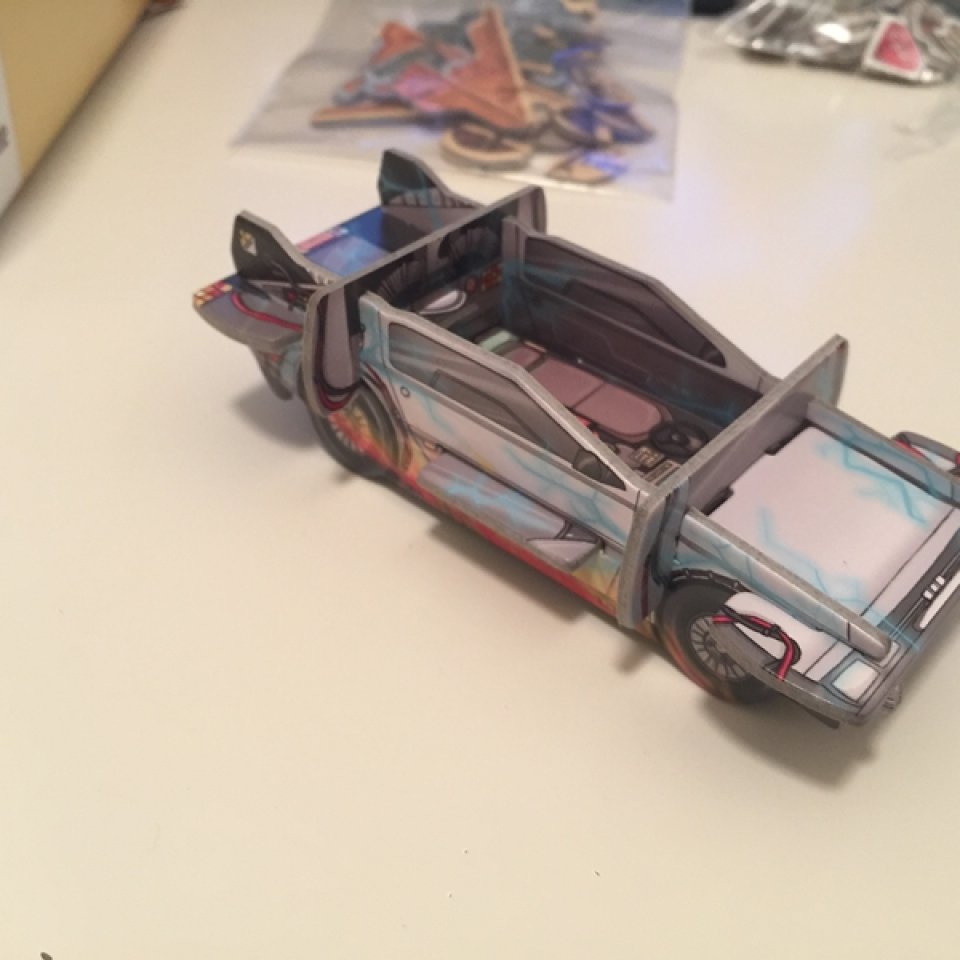 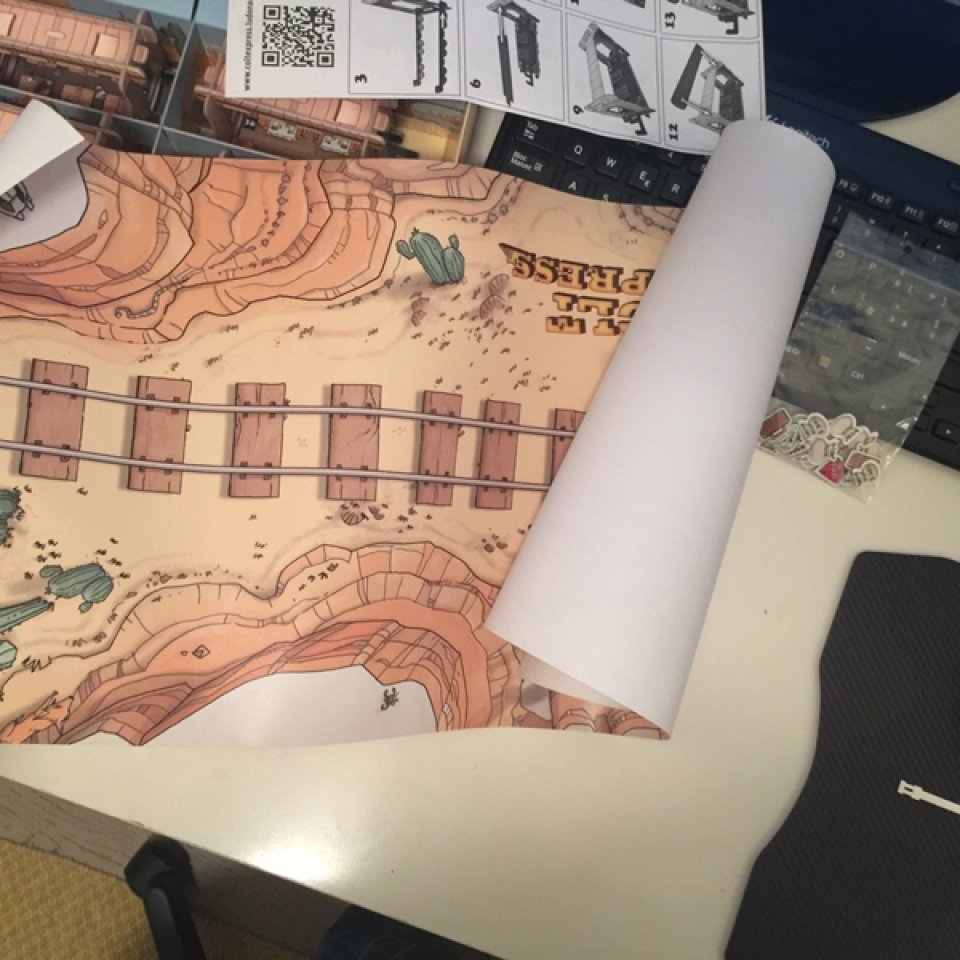 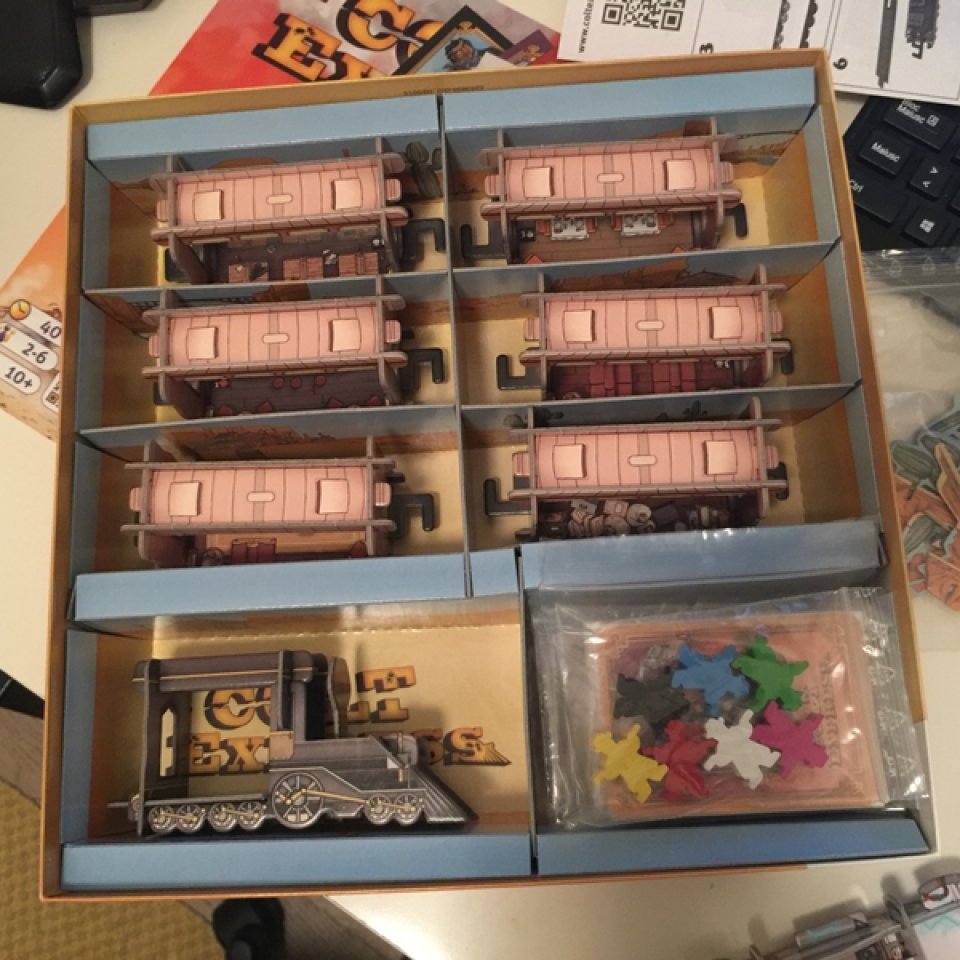 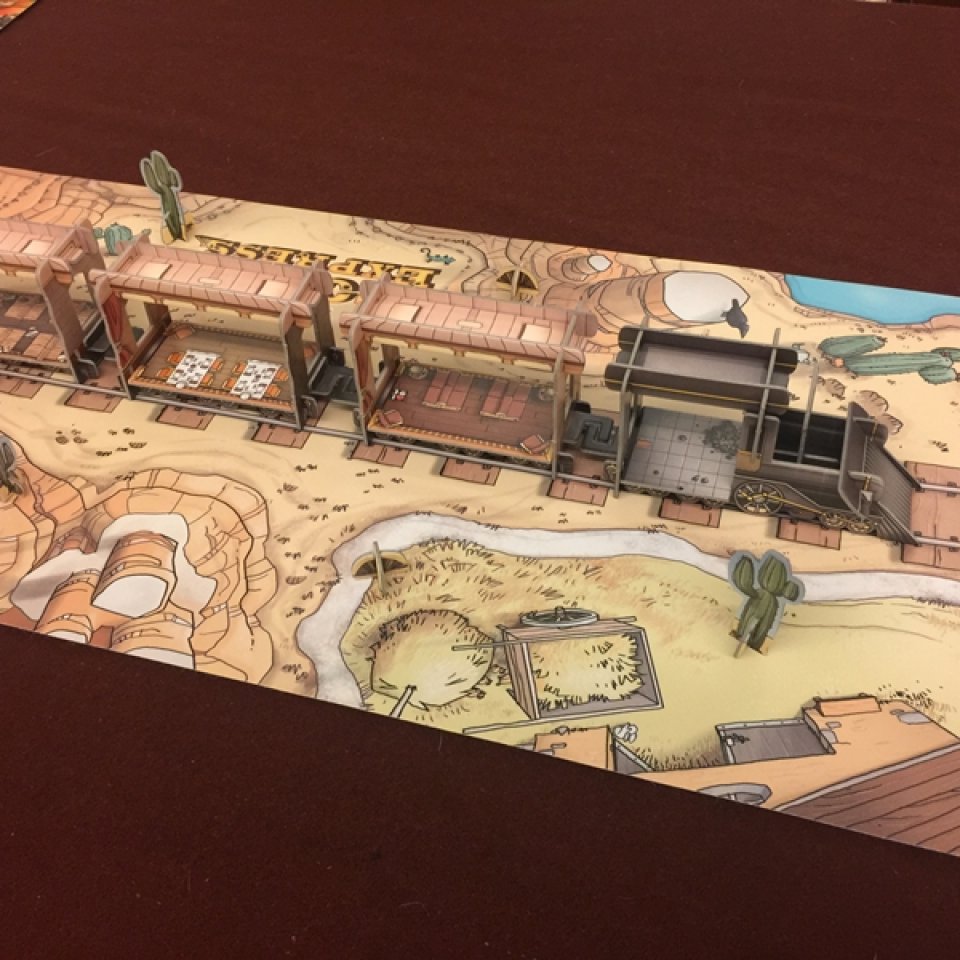