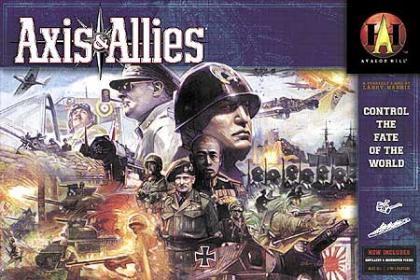 The game is nominally designed for five players, representing the Allies: United States of America, United Kingdom and Russia vs. the Axis: Germany and Japan. However, it is most often played as a two-player game.