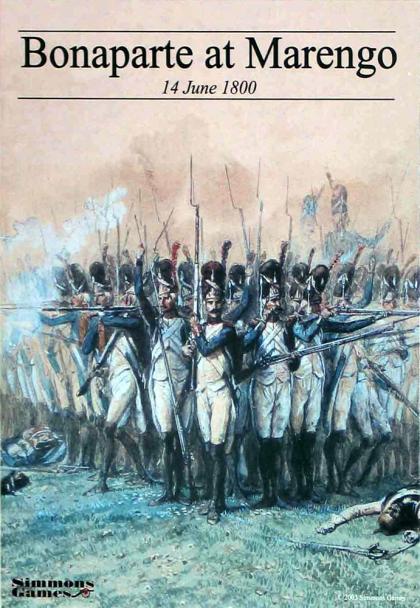 On 14 June 1800, the French army under Napoleon Bonaparte was taken by surprise and attacked by the Austrian army under General Melas. Outnumbered and out-gunned, the French were defeated and forced to retreat. But later that same day, French reinforcements arrived under General Desaix, and in what amounted to a second battle the French counter-attacked and won, taking thousands of prisoners and driving the Austrians from the field.

Thus was won the battle of which Napoleon was always the most proud – Marengo.

Bonaparte at Marengo recreates that dramatic battle. The game is simple and fast-playing, departing from almost all of the standard conventions of wargaming in order to achieve the look and feel of nineteenth century linear warfare.

In the summer of 2007, a sequel with a modified system was released: Napoleon's Triumph