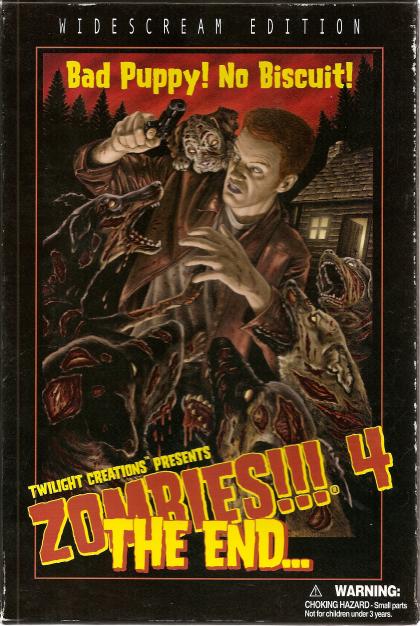 All of your hard work has paid off and now you stand here in the dark and lonely wood. Don't worry about that howling in the distance. It's probably nothing. Who ever heard of a zombie dog anyway?

The goal of Zombies!!! 4: The End is to be the first player to successfully "undo" the spell that is making the dead rise. To do this, you need to find as many pages from the Book of the Undead as possible; make it to the cabin and perform the spell before the other players — but watch out for the "dead" dogs.

This standalone expansion, for two to six players, features an ever changing map and an always hungry pack of undead dogs. Players take turns playing map tiles, placing zombies, running furiously, screaming, fighting and generally creating havoc. Zombies!!! 4 can be played alone or combined with any other Zombies!!! set(s).