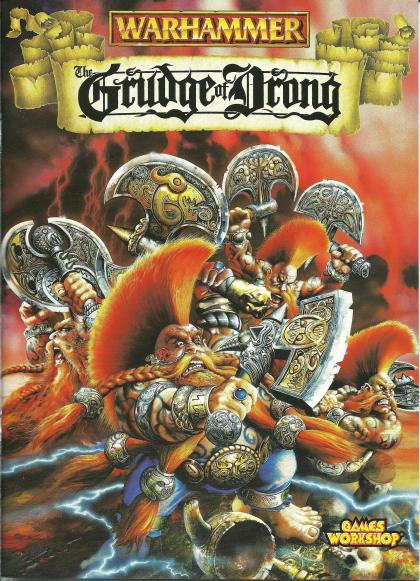 A campaign pack for 5th edition Warhammer, Grudge of Drong introduces a linked series of scenarios featuring the High Elf and Dwarf armies. The scenarios are set during the lead up to the Great War between the elves and dwarves.

Extra rules and special characters are introduced in the campaign pack. Box contents consist of the campaign rulebook; 4 battle scrolls for each player; a roster pad and card buildings used in the scenarios.