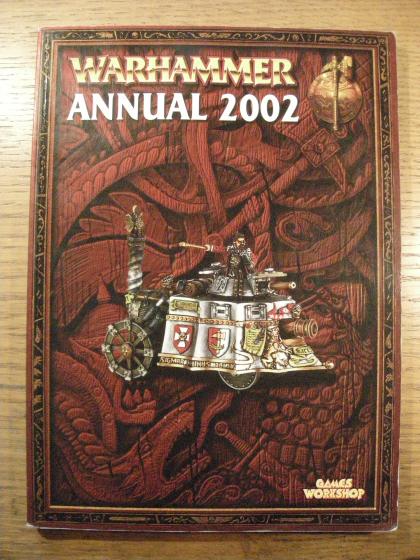 The Warhammer Fantasy Battle equivalent of Warhammer 40,000's Chapter Approved - a short-lived annual (the "Chronicles" name gets on the cover starting with the second annual - the first simply says "Annual"), collecting new and experimental rules from White Dwarf for Warhammer 6th edition. These include rules for combat as well as new or revised army lists or special rules for various armies that didn't make it into the army books of the 6th edition. Like Chapter Approved, each new edition was published in the year prior to the year mentioned in its title.