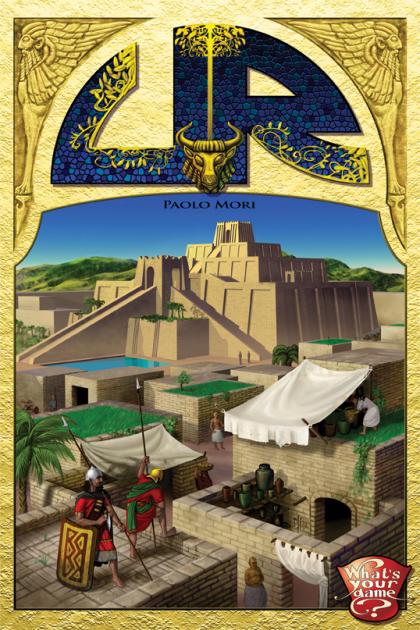 The dream of creating a new civilization in ancient Mesopotamia is within reach. Are you ready to lead your population ?

In the age of its maximum splendor, this vast and fertile geographical area was a scene of destiny for some populations, who resolved to settle in the richest and most strategically advantageous territories. Over the course of centuries these populations succeeded in developing all aspects of their civilization wisely. This was the main factor enabling them to found marvelous cities like Ur and to construct gigantic buildings like Ziggurats.
Just like Mesopotamia’s ancient Kings, each player will have to achieve the highest prestige by precisely dosing the development of Agriculture, Trade, Politics, Culture and finally War, so that thanks to these efforts the long desired construction of five Ziggurats is completed.

But, beware…
If the King becomes guilty of Greed in building them, or pursues improperly the conquest of Lands, this could ultimately lead him to defeat. The intrinsic speed of the game, the simplicity of rules, the very alluring artwork, together with the subtlety of the innumerable strategies which can be pursued, render Ur a gaming experience which you will play and play and keep playing again for a very, very long time!

Voti e commenti per UR