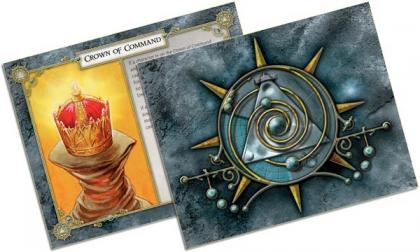 Fantasy Flight Games has made a couple of bonus Alternative Endings available via the Talisman Support Pages.

Alternative Endings were introduced in Talisman (Revised 4th Edition): The Frostmarch Expansion and will no doubt feature more as new expansions are released.

The Crown of Command Ending is a copy of the original game ending, for those who would like to include it if randomly choosing an Ending.

Of course, you will require the card back which is also available on the Talisman Support Page!