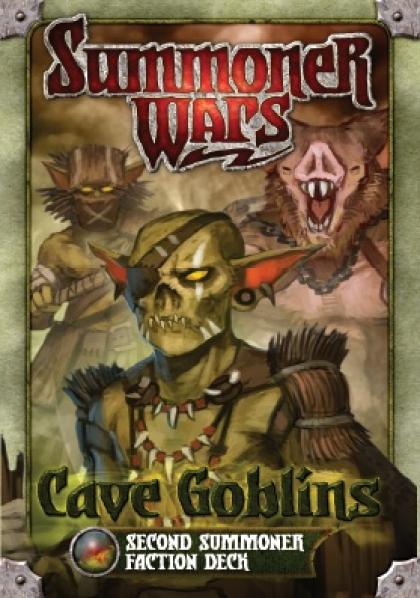 Terrible little monsters from the fringe of the fringe of Itharian society have banded together under one Goblin leader. Frick joins the Summoner Wars as the Cave Goblins' Second Summoner.

This Second Summoner deck is a full faction deck with its own Summoner, set-up card, Champions, Commons, Walls and Event Cards. It requires a Summoner Wars Master Set or Starter Set to play.

It is a stand-alone faction deck, but the Commons and Champions from this deck can also be switched in and out with Cave Goblin cards from the Guild Dwarf vs. Cave Goblins starter set and from the Grungor's Charge reinforcement pack.