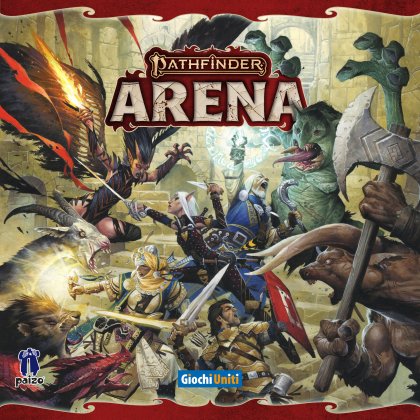 Pathfinder Arena is a competitive board game set in the Pathfinder RPG's &quot;Age of Lost Omens&quot; setting. Monsters and heroes clash in four stages of challenges in a labyrinth. In each stage, the number and power of the monsters increase, while heroes level up and gather resources to gain new skills, magic spells, equipment, and the deities' favor.&#10;&#10;Pathfinder Arena will feature high-detail miniatures of the most iconic monsters of Pathfinder, along with its greatest heroes. The monsters summoned in the labyrinth never leave their spot, but the labyrinth shape is dynamic, and players can change it by moving the board's tiles. Monsters can then be used to attack other players, in the end leaving only one winner.&#10;&#10;