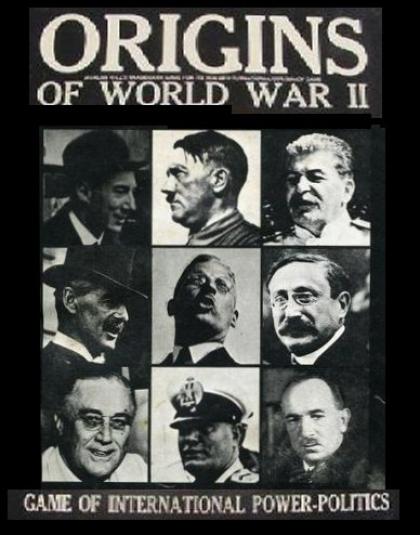 Origins of World War II is an Avalon Hill bookcase game. A game in which the players take the roles of the major powers of World War II in the 1930s. Each attempts to achieve its diplomatic objectives while preventing the other players from gaining theirs. If Germany or the USSR win World War II starts, if one of the allied powers wins the war would have been prevented.

The game is played in a series of six turns (the final one being December 1939), actions are resolved via the diplomatic conflict table by comparing the diplomatic points of the attacker vs. those of the defender in each given area (Poland, Romania, etc).

Several different "What if" policies are available such as Strong Franco-British alliance, Aggressive French policy and the Anti-Bolshevik Crusade.

Includes a good chronology of the actual diplomatic moves made by each of the major powers leading up to the second world war.