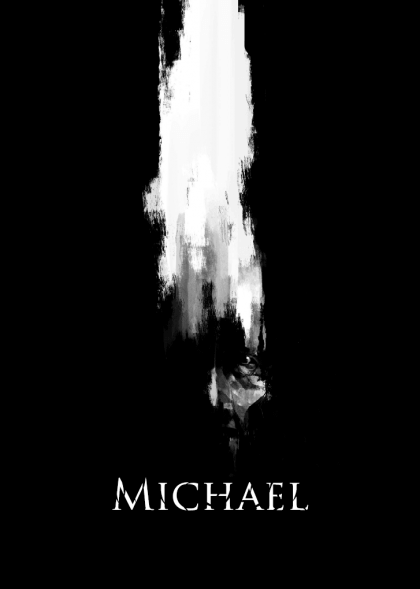 Michael is the most complex case of Dissociative Personality Disorder ever studied. His actions are guided by 24 different Personalities, who take over him and control his mind and his body relentlessly.&#10;Even if his case became famous and the media talked about him for some times, nobody really found a solution to help him and he is now old, living with his mother in a country house.&#10;In the role of 4 brilliant psychiatry students, you will be asked to talk to Michael one last time, in order to understand who &ldquo;they&rdquo; are and how they can be finally reunite with the real Michael. But you will have to be very careful, someone is not pleased by your presence...&#10;&#10;Michael is a cooperative game with a strong narrative component. The game is divided into 4 round called &ldquo;Sessions&rdquo;, where the players talk with the Personalities and discuss about their requests and the hints they give to comprehend the thick connections between them. Every time the players talk with Michael, the Stress of the patient increase, pushing the players to understand when it&rsquo;s time to take a break, switch to the next Session and give him some rest. But with the time passing, the game evolves: thanks to 4 different decks of answers, the Personalities change their behavior. Some of them will understand the importance of your effort and help you, but someone else want you to fail in the attempt, so they can remain alive in Michael&rsquo;s mind. Each Personality has a request and has a reaction, listen to them will lead the players to carefully talk with them in the right moment, obtaining objects useful to satisfy the requests of someone else, and so on.&#10;Michael is a &ldquo;mind puzzle&rdquo;, fully replayable thanks to the mathematic system beneath the game and the random starting setup that creates a different path each time the game is played.&#10;&#10;&mdash;description from the designers&#10;&#10;