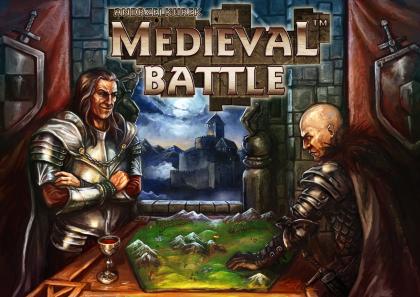 Medieval Battle is a model battle game, with two players each commanding an army of knights. Players start by building a battlefield, recruiting knights to their army, then deploying them. Players act in turn to maneuver their knights on the battlefield, and the combat potential for each type of troop differs, with heavy armored units moving more slowly and fighting better than lighter units. Pikemen can stop cavalry, while archers and longbowmen want to keep enemy units below them and light cavalry are ideal for chasing archers on horseback. The unique system of combat results has no randomness.

Players look for advantages and opportunities, attacking the enemy when it's too tired to run, for example, or claiming good terrain position. By using the power and mobility of his forces, a player tries to control more strategic points than his opponent and thereby win the game.