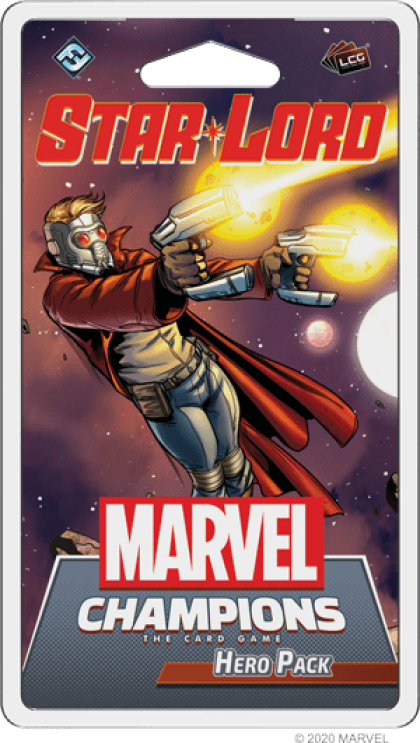 Though he was born on Earth, Peter Quill&rsquo;s life has been spent among the stars, jumping from planet to planet. Now, under the mantle of Star-Lord, he protects our world from countless alien dangers while leading a team of superheroes&mdash;the Guardians of the Galaxy!&#10;&#10;Lead the Guardians of the Galaxy into battle against the villain in the Star-Lord Hero Pack for Marvel Champions: The Card Game, which introduces Star-Lord as a brand-new playable hero, along with his fifteen signature cards. Fittingly, Star-Lord uses the Leadership sphere, and you&rsquo;ll find a full assortment of new Leadership cards, as well as plenty of cards that reward you for uniting the Guardians of the Galaxy. With the new Guardian synergies unlocked, and a new player card for every sphere that rewards you for using the Aerial trait, you won&rsquo;t want to let the Star-Lord Hero Pack fly past you.&#10;&#10;-description from publisher's website&#10;&#10;