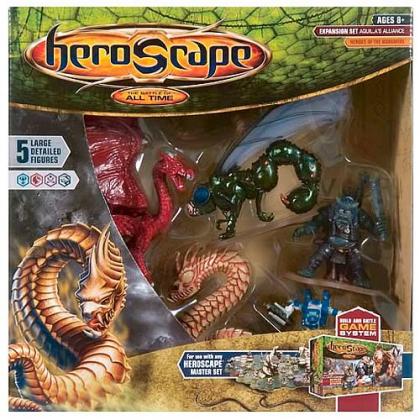 Aquilla's Alliance is a Large Figure Expansion Set in the HeroScape series. It is the Third Large figure assortment (along with Orm's Return and Raknar's Vision).

Aquilla's Alliance was released on June 13th, 2008, along with the terrain expansion Ticalla Jungle and small figure expansion Defenders of the Kinsland.

The Large figure expansions contain some of the most powerful units in the Heroscape game.