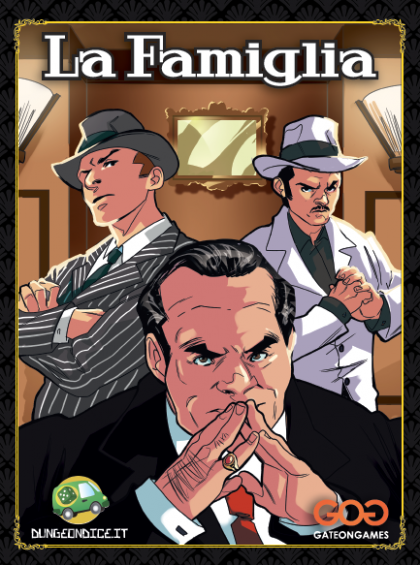 The Boss wants to nominate an heir for his empire and he has to choose among his four Campofamiglia. Maybe it's going to be you, but first you'll have to take out your brothers. &#10;Shootings, cops and bribes: you'll have to handle your resources with care to obtain the respect that a New York underworld Boss needs!&#10;La Famiglia is a game with high player interaction in which you'll have to carefully manage your hand to use each card's power to the max. Each turn you'll play exactly one card, representing a gangster that you want to add to your den, using a mechanic of interlocking card colours. You'll use its effect to gain respect points or to damage your opponent's dens, but be careful: each card played will attract the attention of the police, that will eventually raid you. Create the best gangster den before your opponents, make some friends at the table and be prepared to betray them to win.&#10;&#10;