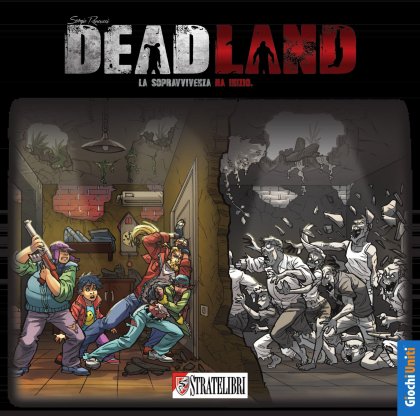 Deadland is a cooperative/competitive survival game.&#10;&#10;Players are survivors and move through six different areas searching for a certain number of radios to win the game. During each turn, some cards are revealed, and survivors could be forced to raise their infection level. If a survivor reaches infection level 8, they die and play as a zombie, with their goal now being to avoid survivors to win the game.&#10;&#10;