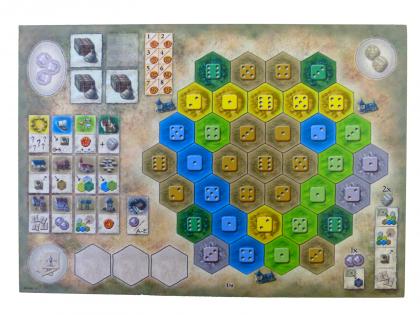 The following rules are then added to the basic game play of "The Castles of Burgundy":

As soon as a player creates a direct, straight connection between two monasteries with 5 connecting tiles on his game board, he earns 5 victory points.

This means that a player can win a maximum of 3x5 + 7 = 22 additional victory points over the course of one game.

Per comments from Stefan Bruck (Alea), this will show up in the BGG Store in the near future