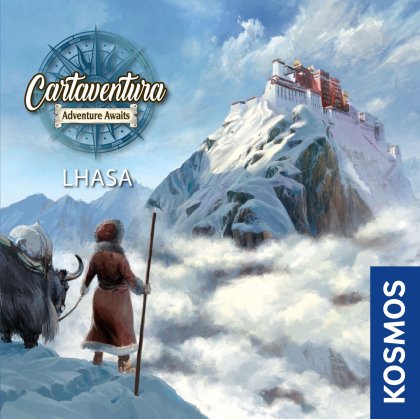 Cartaventura is a narrative card game in which players build an adventure using cards that can offer them different choices during play. Map cards are placed in the middle of the table. Around these map cards, players place action cards, with them consulting one another to decide the best choice to make from those available: draw a card, turn over a card, discard, etc. Urgent cards, which should be read entirely before doing anything else, can change the game in an instant. Object cards are placed in front of players and can be useful throughout the game. The game includes a tutorial to accompany the first game, and its simple and original playing system allows you to explore the scenario several times before discovering all of the game's secrets.&#10;&#10;In Cartaventura: Lhassa, you travel to India and Tibet in the footsteps of explorer Alexandra David-Neel. Can you find the route to the temple or escape the claws of the white tiger? Will you succeed in crossing the Himalayas on foot? Will you have enough money to finish your adventure?&#10;&#10;