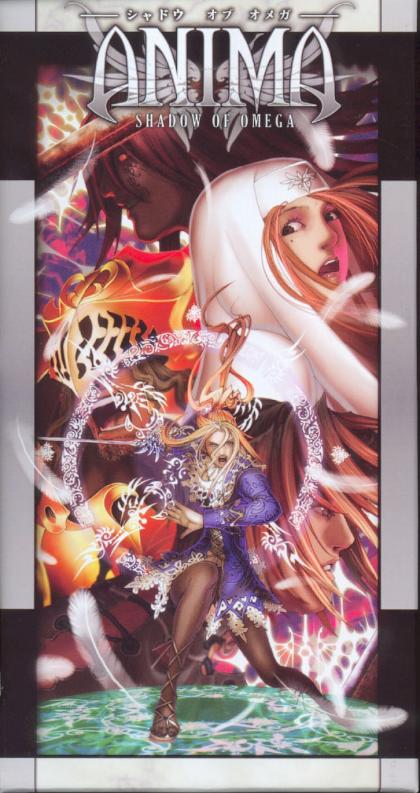 Anima: The Shadow of Omega is a non-collectible card game set in the same original setting as the Anima: Beyond Fantasy roleplaying game. Inspired by well-known Japanese video roleplaying games such as Final Fantasy and Suikoden, the world of Anima features traditional Western fantasy staples, including magic and medieval arms, combined with an emphasis on martial arts and Eastern concepts of honor and mysticism. In the Anima: The Shadow of Omega card game, players form a party of four adventurers that explore the land and engage in combat with fantastic beasts and each other, gaining new powers and eventually confronting an ancient menace.

Anima: The Shadow of Omega includes 110 cards, each one featuring a unique piece of stunning, full-color art depicting a character, creature, or location from the Anima universe.

Anima: Beyond Good and Evil
Anima: The Twilight of the Gods