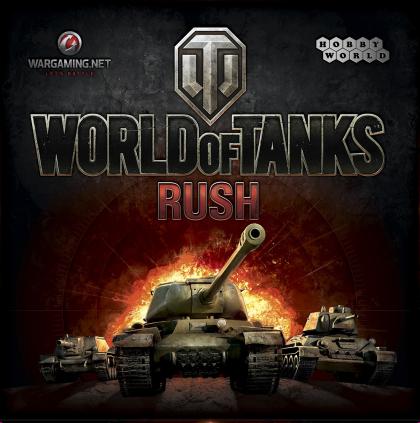 The deck-building card game World of Tanks: Rush is based on the World of Tanks online game, uses the same terminology as that game, and has been illustrated by the same artists.

In World of Tanks: Rush you are given the role of a tank squad commander, and you lead your tanks into battle, defend your bases, call for reinforcements, and receive medals. The main idea of the game, which uses simple deck-building principles, is to strategically select cards from the hundreds available to form a strong squad. The goal of the game is to earn more medals than everybody else, and you can earn a medal three ways: