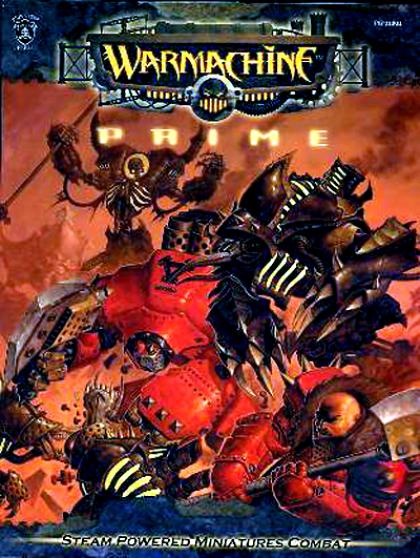 Warmachine --steam-powered miniatures combat-- is a table-top miniatures game published by Privateer Press. Players take on the role of an elite soldier-sorcerer known as a warcaster. While a warcaster and his army is a formidable force on the battlefield, a warcaster's true strength is in their ability to magically control and coordinate the actions of their mighty warjacks steam-powered combat automatons that represent the pinnacle of military might in the Iron Kingdoms.

Warmachine Prime Remix is a full-color revised version of the Warmachine rules and includes all the rules (but not model stats) introduced in the first three expansions.