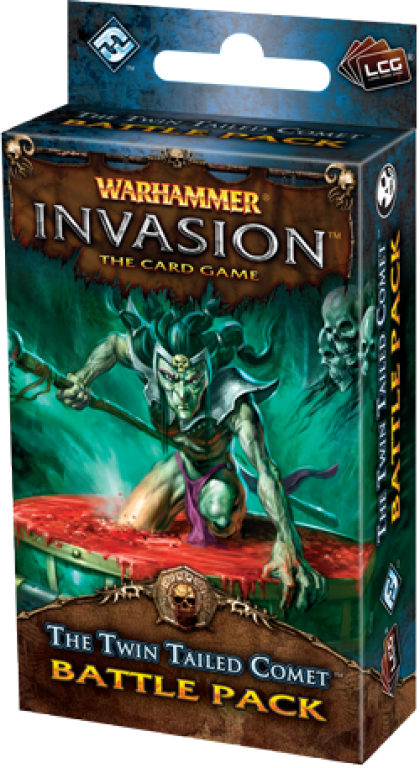 Fantasy Flight Games is pleased to announce the upcoming release of The Twin Tailed Comet, the third Battle Pack installment in The Morrslieb Cycle for Warhammer: Invasion The Card Game! This 60 card pack contains 20 different never-before-seen cards designed to augment existing decks and add variety to the Warhammer: Invasion metagame.

The Twin Tailed Comet brings a variety of tactics, units, and support cards to your Warhammer: Invasion deck. The mighty Dwarf Daemonslayer can bear wounds that kill his lesser kin, while the Orcs’ Tribal Tattoos stand as a testament to their battlefield prowess. Meanwhile, the Celestial Wizard rains death on the foes of the Empire, and the Sorcerer of Tzeentch grows stronger for each shrine erected to his dark master!