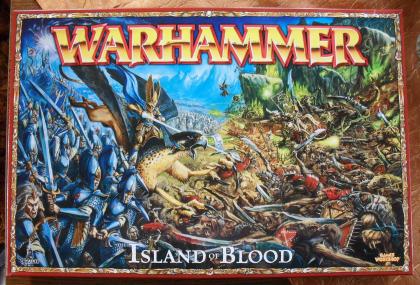 The Island of Blood is the introductory set for Warhammer Fantasy Battle eighth edition. It is a stand alone game containing forces of Skaven and High Elves along with a small rulebook, scenario book and dice and templates necessary to play. Set during a Skaven raid of an Elven fortress island, this set contains two starter armies plus a smaller, pocket-sized version of the Warhammer rules.

Players take command of each force, fighting a series of battles recreating the battles for the Island of Blood each looking to conquer it for their own.