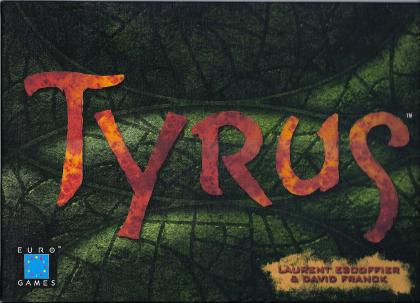 Two political parties vie for the control of the city. Elections take place in the citadels, markets and temples around the city. These elections will name the nine representatives who will sit at the high council. Each party must carefully divide its soldiers, merchants and priests, to obtain the majority of votes during the elections. These elections follow each another in each of the areas of the city. The struggle is tense and all manner of dirty tricks are allowed. Each faction has the capacity to apply pressure on the others and has the chance of canceling their votes. Tyrus is thus a game of careful application of power, force and influence in order to affect the best outcome possible for your political party. Throughout the game you must try to carefully conserve your troops, because you never know when they will be needed. Both parties start the game with equal forces, so Bluff and misdirection are your main weapons to win the day, and become Master of the city.