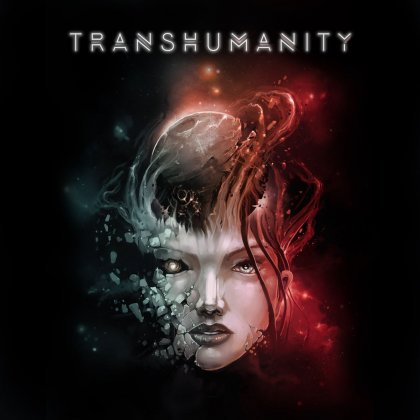 The event called the &quot;Leap&quot; happened in the blink of an eye, but changed mankind's future forever. Earth was mysteriously torn from its orbit by an unknown force - the Sun disappeared from the sky, and a scarlet dwarf star took its place. No one knows how or why did the Leap happen, but one thing seems certain: it was an act of a superior intelligence with an unknown origin and intention.&#10;&#10;The mystery is up to your group of explorers to unfold through a series of plays. Discover multiple variants of the post-Leap Earth in an age when technology is spiraling out of control, becoming both a blessing and a curse. Evolve into a powerful Transhuman on your journey to discover the truth behind the Leap - but hold on to your humanity or face the consequences.&#10;&#10;Transhumanity is a story-driven co-operative campaign game where players use point-to-point movement to explore multiple post-Leap Earths. Each game is based on an open card-drafting mechanism where players may use the drafted cards to either influence the current Earth's fate or build their own deck to customize and improve their character for the long run. The campaign will gradually unveil the truth behind the Leap, and leads to an epic conclusion.&#10;&#10;The game is based on an award winning science fiction novel by Brandon Hackett.&#10;&#10;Are you ready to become the next step in human evolution?&#10;&#10;