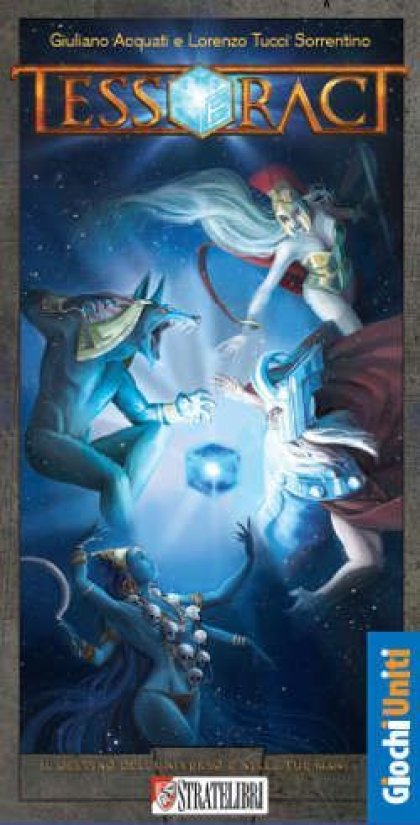 In Tesseract, mighty gods fight each other playing with the Tesseract and the balance of the Universe. The Tesseract is a cosmic cube in constant evolution; it controls all that exists in the Universe, things and beings.&#10;&#10;Each part of the Tesseract is defined by one of the three cosmic colors, which represent the three different qualities of the Universe: yellow is the ascending energy, blue is the descending energy, red is the expansive energy. By manipulating the Tesseract, the gods influence the balance and the destiny of the Universe.&#10;&#10;Players try to match the Equilibrium cards with the Tesseract&rsquo;s arrangement, in order to score Power points. By playing Divine Interference cards they can rearrange Tesseract&rsquo;s surface. At the end of the games, the player with most Power point is the winner&#10;&#10;