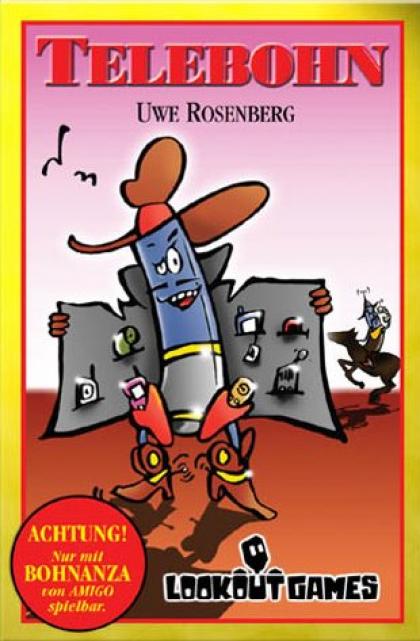 Telebohn - On to the hostile takeover! - presents itself as a special Bohnanza variant; one in which - for once - the beans aren't traded. Instead, players don't pull any punches in trying to take over other players' fields in hostile takeovers. As such, the game plays more like Klunker than Bohnanza. Telebohn was released, unlike previous Bohnanza expansions, in a limited edition of 5000.

Telebohn is part of the Bohnanza family of games.