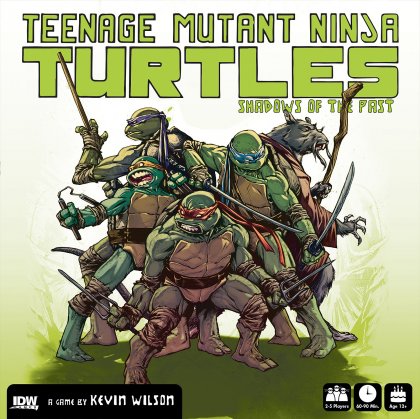 Teenage Mutant Ninja Turtles: Shadows of the Past

Teenage Mutant Ninja Turtles: Shadows of the Past is a scenario-driven campaign game that features story content from the IDW TMNT comic. One player takes on the role of the ultimate villain Shredder, while the others take the role of their favorite Turtle. The Turtle players battle their way through a series of 60-90 minute missions in which they develop their characters' strengths, fighting styles, and equipment along the way to create a lasting story arc. Fan-favorite characters like Casey Jones and Alopex appear throughout the missions as the Turtles call on their closest allies for help in battling their deadliest foes.&#10;&#10;