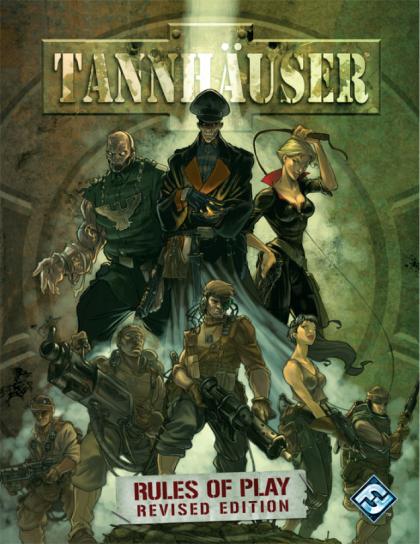 The year is 1949, and the first World War rages on. The forces of the Union strive to end the conflict through the use of advanced technology, created from the alien wreckage discovered at Roswell. Their foes are the Reich. Headed by the occult powered Kaiser, this army of evil scours the globe for ways to enhance their prodigious occult abilities. Squads of the possessed sweep through Europe led by the Marquis General, Hermann Von Heïzinger.

What’s more, recent developments in the war have forced Mother Russia to enter the battle. Living embodiments of the reawakened Slavic gods, the Matriarchy is a deadly force to be reckoned with. Their robotic hordes are fueled with the genius of Tesla, and his electrical weaponry is easily the equal of the Union's technological advancements. The war is reaching a fever point... but which side will win?

Since its original release, Tannhäuser has engaged thousands of players with its deep narrative, innovative and intuitive mechanics, and action-packed gameplay. This spring, Fantasy Flight Games is improving on the strong foundations of this remarkable game system with the Tannhäuser Revised Edition Rulebook!

The Tannhäuser Revised Edition Rulebook improves upon the innovative mechanics of Tannhäuser. This 96 page perfect-bound book is intended as a comprehensive replacement to the original Tannhäuser rulebook; it includes revisions to the core game rules, as well as those originally found in the Operation: Novgorod expansion, along with the Wolf, Yula, Gorgeï, and Ramirez single figure packs.

In short, it includes all the rules players will need for any Tannhäuser product currently available. What’s more, players who already own a copy of Tannhäuser needn’t worry about their game becoming obsolete; the Tannhäuser Revised Edition Rulebook utilizes current Tannhäuser components, and requires no additional purchases!