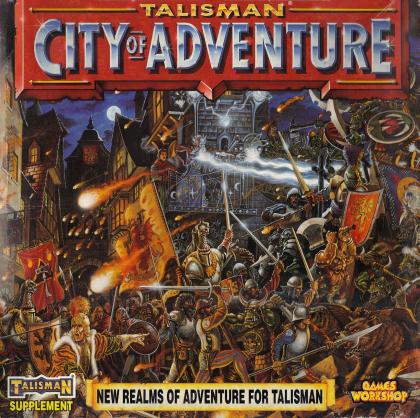 City of Adventure is an expansion for Talisman (third edition). It contains two new board sections that can be placed alongside the main Talisman game board, allowing players to enter the city realm of Emperor and the forest realm of the Wraith Lord. Two new sets of adventure cards detail the events, enemies, treasures and followers that can be encountered in the new realms. City of Adventure also contains six new characters, each of which is represented by a superbly detailed plastic Citadel miniature.