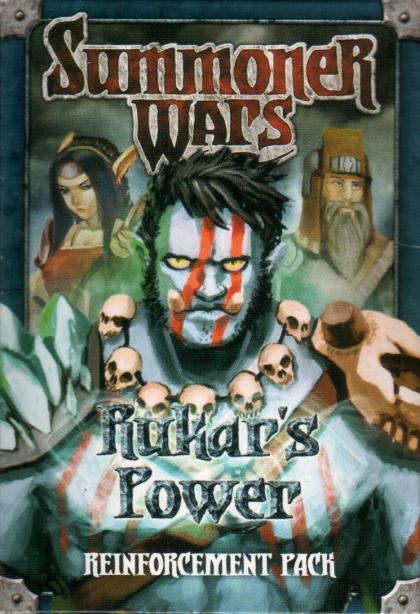 Marching through howling winds comes the frightening Tundra Orc champion Rukar. He is the frozen death that splits bone; he is the frostbite that corrupts flesh. Rukar is followed by the insane Gruggar who revels in reckless bloodshed, and the wily Bragg who uses magic trickery to destroy his foes. With them come hordes of fleet-footed Chargers, and the cunning magician-warriors known as Thwarters. Onward these proud reavers march across frozen wastelands, hastening to Grognack and the promise of bloody war.

But the marchers have not gone undetected! From the depths of his volcanic fortress, Prince Elien of the Phoenix Elves reveals weapons previously kept hidden. From the heights of the greatest volcano comes Rahlee, swooping down on the enemy with her giant eagle. The fire mage Laleya blasts attackers from afar, and the much-feared Holleas summons frightening Fire Beasts from what some claim are the depths of the Hells themselves. These terrible beasts have no qualms about destroying themselves in blasts of superheated plasma if it destroys their opponents. And joining them is a legion of Fencers, elegant warriors who dance into battle using martial skills from a past age.

But even these forces aren´t alone! Rukar´s Power sees the addition of Magos, the mercenary champion. This enigmatic wizard gives his employer more power while bombarding the enemy with long-ranged attacks. In addition are the Spear Grounders - mercenaries from the bizarre city of Heap who can attack from any direction.

This reinforcement pack is the perfect addition to your Phoenix Elves vs. Tundra Orcs starter set, allowing you to bring new troops to the War for Itharia, and experience the excitement of deck construction.

The quality of the card stock is different to that of the original packs - see discussion thread: http://boardgamegeek.com/article/6190304