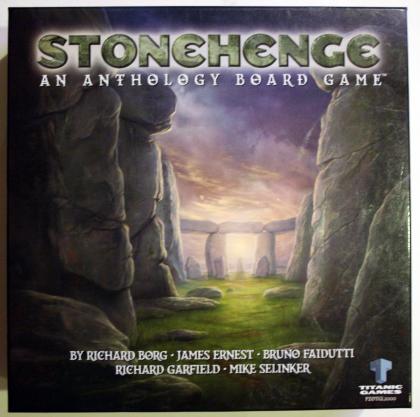 Stonehenge: An Anthology Board Game

Stonehenge is an anthology board game, a new concept where five award-winning game designers, all using the same gaming components, create five very different games in one box. The ancient ruin of Stonehenge will never be the same. The five games are:

From racing through the ruins to auctioning them off, these five games and other new games designed for it, will keep Stonehenge fresh for years to come.

Rules for additional Stonehenge games can be found at the http://paizo.com/paizoGames/library.

Voti e commenti per Stonehenge: An Anthology Board Game