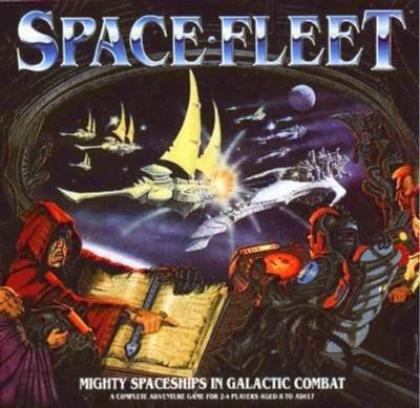 The ancestor of Battlefleet Gothic, Space Fleet is a space battle game ostensibly set in the Warhammer 40,000 universe. It uses a variety of collectable spaceship miniatures; unlike Battlefleet Gothic, movement is more Blue Max style than miniatures style, each player simultaneously programming from any of 13 possible moves. Before the game starts, the players also allocate their shields around the ship's periphery. Combat is a simple affair, and the rules are very skimpy.

Battlefleet Gothic was actually still called Space Fleet Gothic in 1998, one year before its release.