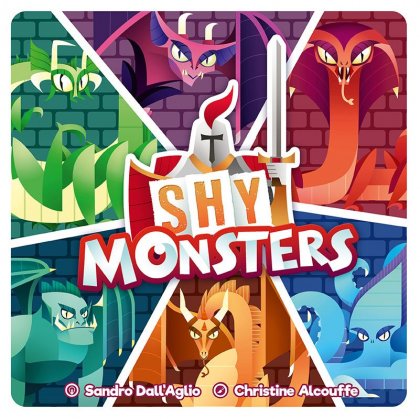 Shy Monsters is an asymmetric bluffing game for two players in which a player builds a dungeon and his opponent tries to escape from it.&#10;The Dungeon Master leads a band of shy monsters, but he will have to respect their favourite places in the dungeon, otherwise they will not attack the Hero. As for the latter, he must decipher properly the dungeon&rsquo;s structure and use its special actions soundly to escape from it alive.&#10;&#10;