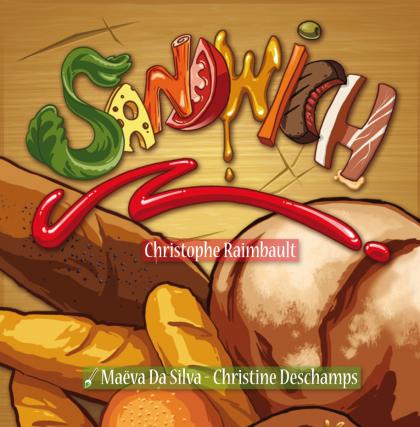 In the card game Sandwich, you want to prepare the best sandwiches possible – well, the least disgusting ones anyway – with the ingredients you collect.

Each player then creates three sandwiches, each containing three of their nine ingredients. The players give one sandwich to three neighbors on the left (dividing them differently in a three-player game), so that everyone has three sandwiches in front of them created by other players. Players then take turns "tasting" the sandwiches on their plate, reading the ingredients aloud, then stating which one sounds best (worth 3 points for its creator), which is second-best (2 points) and which would be left on the plate (0 points).

After three complete rounds – nine sandwiches total – the player with the most points wins.