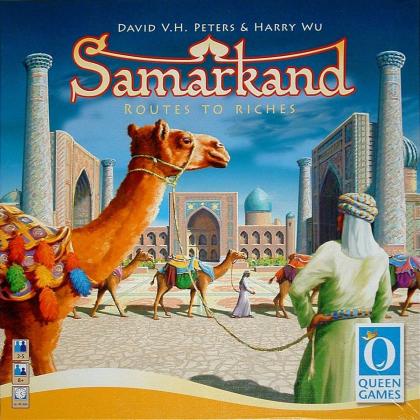 Each turn, the players either marry into a merchant family or expand the trading route of a family they are already married into.

To marry into a family, the player pays the cost of the family. Only two players may marry into each family. To expand the trading route of a family, the player must be married into the family and may pay for the route with the money of the family. The goal is to meet other families not met before (gaining trade relationship markers) and to reach goods spaces first (gaining goods tokens).

This entry has been split from the Winsome Games publication Age of Scheme: Routes to Riches. As the rules have been altered, number of players differs, and updates to the artwork have been made, the two games are regarded as separate entities.