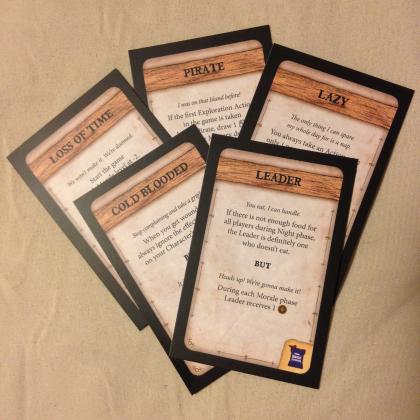 Robinson Crusoe: Adventure on the Cursed Island - Trait Cards II is a promotional expansion of five "trait" cards that were first released via a Kickstarter campaign for The Dice Tower. Players choose a trait at the start of the game if they like to; each one gives a disadvantage, but also an advantage. These cards are: