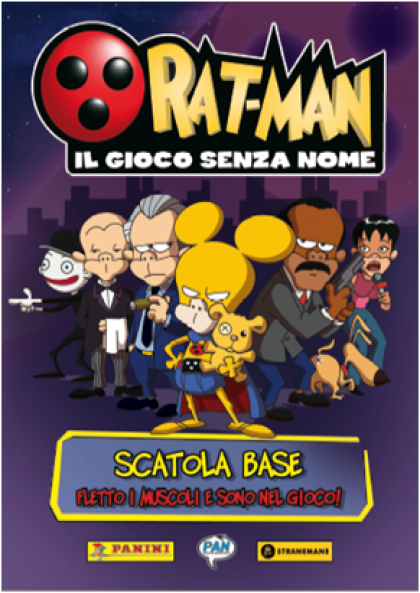 Rat-Man - Il gioco senza nome is a collectible card game based on the comic/cartoon character Rat-Man by Leo Ortolani.

The game reflects the ambience of crazyness of the characters and the enviroment of the comic/cartoon.

Each player chooses his own main character (Rat-Man, Brakko, the Chameleon or the Clown), builds up a gag(action)-deck and a equipment-deck. The players now pick-up a card from the mission-deck.
The characters moving in the `unnamed city` (a square-map) have to accomplish the mission assigned or kill all the others characters.