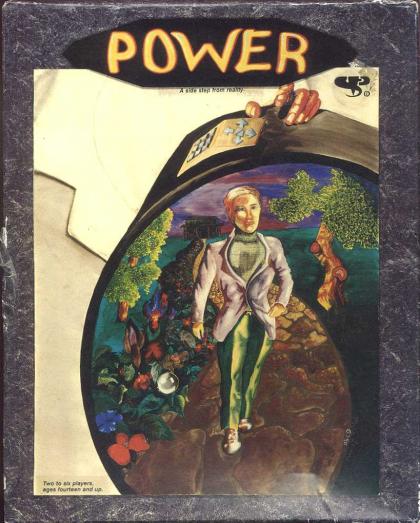 In Power, each player is an individual character who ages, has a job, may get married, have children (who turn into additional characters), start factories, etc. All of this is controlled by playing cards on your own or other characters. Characters also have levels, which may be gained in various ways, including accumulating certain large amounts of money.

The object is to have the last living character. This may be accomplished by outliving the other characters, as characters of low level automatically die at age 70 (although if they have children, their players are still in the game). It is also possible to kill other characters, either by using certain cards or by being enough levels above them. An alternative way to win is to reach the sixth level.