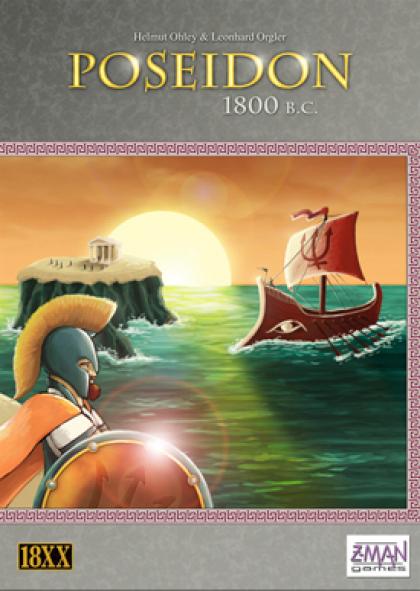 Two to five players act as leaders of different peoples and command them to explore, send out fleets, build trading posts, and generate the highest possible profit. Poseidon contains most of the basics of 18xx games and due to the relatively short running time of two hours is as suitable for 18xx-newbies who want to explore this wonderful world as it is for experienced train gamers.

The 18xx basics included are:
1) Instead of running a corporation, players control a country/people
2) The goal of the game is personal wealth, the wealthiest player at game end is the winner
3) Players create trade routes similar to railway lines in 18xx games
4) Trains are replaced with common modes of transportation at the time (i.e. ships) with varying types
5) 18xx type stations are replaced with trading posts