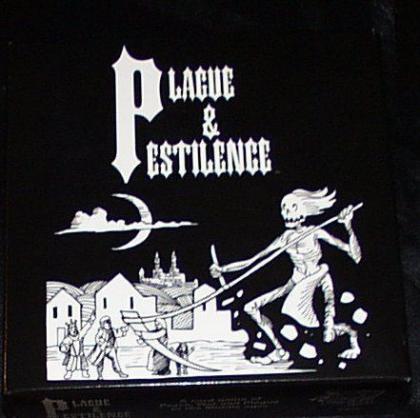 A light card game involving the build-up and destruction of medieval towns. In the Prosperity phase players attempt to build up their populations via stealing from other players or via improvements. Then the Death Ship arrives bearing the plague! In the Plague phase players attempt to kill off other players by playing war, pestilence or other deadly attacks. The cards contain illustrations reminiscent of medieval woodcuts featuring the Grim Reaper.