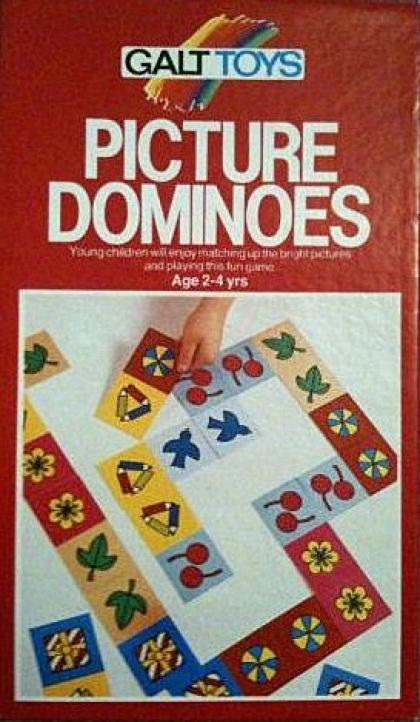 The children's version of the classic game of Dominoes. Provided with picture instead of (or as well as) numbers to allow pre-readers to play. This is a catch-all entry for the game system where the traditional numbers or pips on dominoes are replaced with pictures (giving roughly the same effect as the traditional game, though without numbers, scoring removed as a game element).