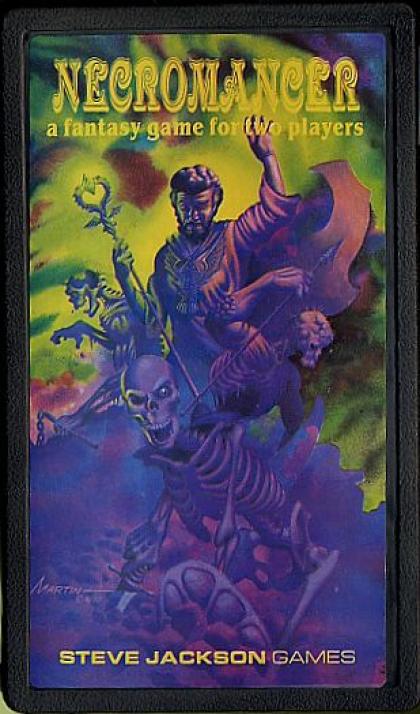 Necromancer is a fantasy game for two players. Each player becomes a Necromancer - a powerful wizard controlling the forces of the undead. As their skeletons and zombies battle, the Necromancers use their powers to take control of enemy units! The goal: to find the mystic Jewels of Power - and destroy the enemy Necromancer.

A unique combat system varies the power of a player's troops according to the number of units he controls; the more undead you control, the weaker each unit is. All counters are back-printed, since any unit may change sides.

(from the back of the box)