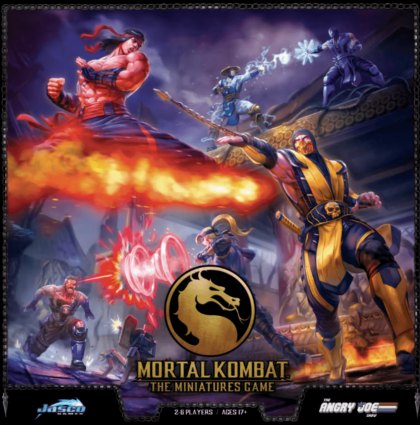 Mortal Kombat X: The Miniatures Game is a tabletop miniatures combat game based on the popular fighting genre. The game features vs. modes (PVP) as well Boss modes. It can be played on its own, or characters from this game can face off against those in the Street Fighter: The Miniatures Game as both games use the same &quot;Universal Tactics System,&quot; specifically developed to integrate multiple fighting worlds.&#10;&#10;