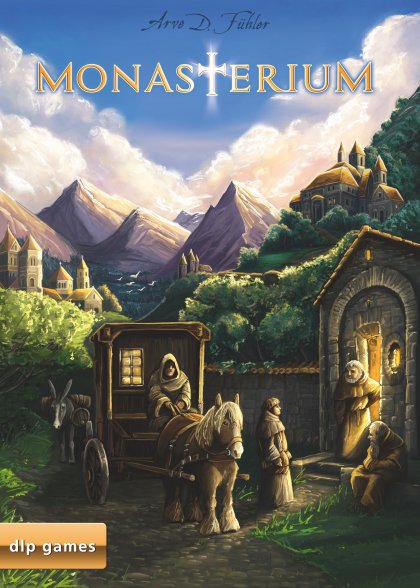 In the early Middle Ages, the peak of ecclesiastical power, no fewer than five monasteries were founded in a beautiful valley with the aim of spreading the Word of God.&#10;&#10;As the dean of a cathedral school, you try to accommodate the novices entrusted to you in the monasteries, thus building up an unmistakable reputation. According to your talents, you send novices to monastery buildings, to the chapel, or to the cloister. The intercession of influential personalities or other monks should not be underestimated. You can also fulfill the special missions of the monasteries and build on the stained-glass windows of your cathedral to enhance the fame of your school.&#10;&#10;After the three-year novitiate, it will become clear who has been able to earn the most fame and glory with their helpers.&#10;&#10;Monasterium (which is Latin for &quot;Monastery&quot;) is a strategic game with an innovative dice mechanism that presents the players with ever new challenges. The game includes a double-sided game board: one side for the game for two and one side for 3-4 players.&#10;&#10;