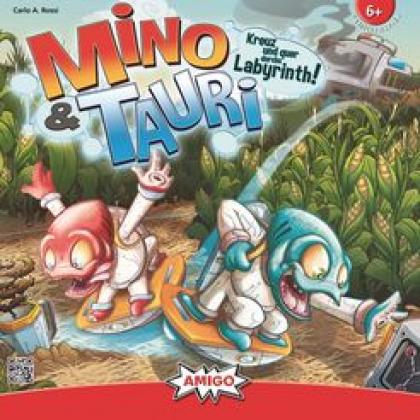 Descrizione tratta da Boardgamegeek:
Mino & Tauri are aliens who have crashed on Earth and need to recover twelve items from the cornfield for their spaceship so that they can head home. Time to lend them a hand!

The game is set up with one of four magnetic game boards being placed vertically between the two active players. (With more than two players, you play in turns based on colored team cards.) The Mino and Tauri characters are placed on opposite sides of the game board, and players take turns leading them through the cornfield, trying not to step out of bounds along the way. Can you collect all twelve items before the sandtimer runs out?