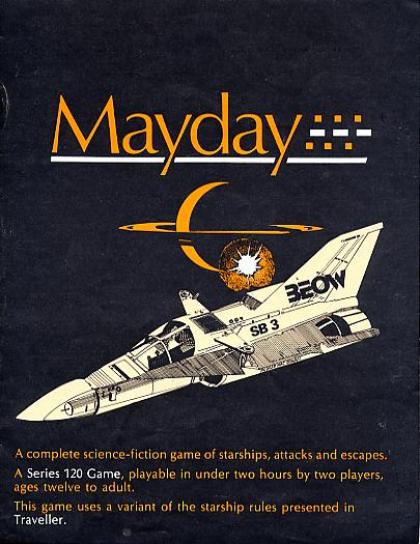 Basic two-player SF wargame of ship-to-ship space combat featuring movement (responding to both thrust and gravity), laser fire, missile fire, and ship-computer programming. Scenarios include The Grand Prix, The Attack, Piracy, Battle, and Smuggling. Intended as Game 1 for the "Traveler" RPG universe and uses a variant of the "Traveler" starship rules.

One of GDW's Series 120 games, designed to be played in two hours or less.

The original 1978 version won the Charles Roberts Award for the Best Science Fiction Game of the Year; other editions were published in 1980 and 1983.

The Cover Art for the original 1978 GDW version was by Rodger B. MacGowan (RBM).