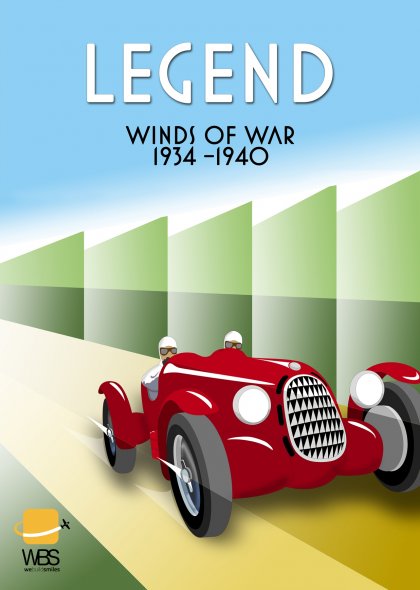 The first official expansion for the Legend: History of 1000 Miglia game. Not only it introduces 18 brand new cars, but it TOTALLY reimplements the base game: new dashboards for the base game cars are included in the expansion, so you can play the base game using the new rules.&#10;&#10;IMPROVEMENTS:&#10;&#10;Now cars are balanced on the base of a yearly budget each player can use to buy the car, the driver (who gives bonus on racing) and spare parts.&#10;&#10;Cars are more accurately designed and feature different and peculiar curve speeds so they do not ride the track in the same way and the difference between cars fast on straights and those faster on winding roads is much more significant and influences the fate of the race.&#10;&#10;12 Single tracks and races have been included to play the game in one session, as well as the chance to race the entire Mille Miglia in one session of approximately 3 hours.&#10;&#10;Using the single tracks, drivers can play the Italian Racing Championship and evolve their racing team year by year purchasing new cars and drivers.&#10;&#10;No more calculations or writings, yet the same accuracy. Now the time track is kept with the use of a in-game clock.&#10;&#10;Several others improvements to balance and make the game more fluid and enjoyable.&#10;&#10;&#10;